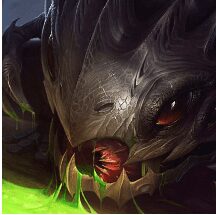 The Mouth of the Abyss

Teleports your champion a short distance toward your cursor’s location.

Heals the caster and the allied champion nearest to the cursor (prioritizes the most wounded allied champion if no allied champions are near the cursor) for 90 − 345 (based on champion level), while also granting both targets 30% Movement speed icon.png multiplicative bonus movement speed for 1 second. Champions affected by Heal within 35 seconds cause subsequent Heal casts on them to restore 50% less health. 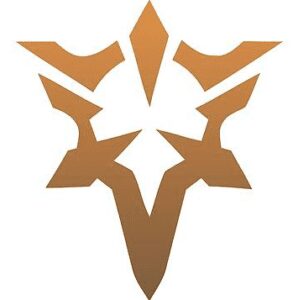 – Damaging an enemy champion begins a 1.5 second timer. Upon completion, you gain 40% – 110% (based on level) attack speed as well as removing the attack speed cap for 3 seconds. Attacking a champion while the effect is active will extend the duration to 6 seconds.

On Manaless champions, the rune is exchanged with Rune Triumph.png Triumph.

Deal 8% more damage to champions who have less than 40% health. This does not apply to true damage.

Casting a summoner spell grants the ability to pass through units and provides a bonus of 5 – 35% movement speed (based on summoner spell cooldown) for 2 seconds.

Every 10 minutes, gain 1 (+1 per 10 Minutes) stacks of Gathering Storm. Each stack grants an Adaptive bonus of 8 ability power or 4.6 attack damage.

Active – Consume: Drink the potion to restore 150 Health over 15 seconds.

You may carry up to 5 Health Potions.

Wind’s Fury: When Attacking, bolts are fired at up to 2 enemies near the target, each dealing (40-70% () Attack Damage) physical damage. Bolts apply On-Hit effects and can Critically Strike.

Item is for Ranged champions only.

Grievous Wounds reduces the effectiveness of Healing and Regeneration effects.

As the classic guide for ADCs says, Doublift plays Kog’Maw with Flash and Heal.

Kog’Maw hasn’t been the most popular champions in a long time. But in season 11, Doublelift has taken a special interest in this champion and plays him with Lethal Tempo. The attack speed burst helps Kog’Maw overpower his opponents, especially when paired with an enchanter support like Lulu.

Presence of Mind helps Kog’Maw sustain his mana throughout the game. Doublelift prefers Legend: Bloodline over Legend: Alacrity since he counts on Lethal Tempo and his items to provide him with attack speed. And Coup de Grace is bonus damaging buff.

The secondary runes that Doublift picks up for Kog’Maw are always Nimbus Cloak and Gathering Storm. The first is good for both chasing enemies and running away from them. And the second is just a nice and free increase in power that builds on passively.

Kraken Slayer is the Doublelift’s mythic item choice for Kog’Maw. However, he usually never buys Kraken Slayer as first item. His most frequent building path is Guinsoo’s Rageblade, Kraken Slayer, then Phantom Dancer. From there, Doublelift further increases his attack speed by purchasing Runaan’s Hurricane.

Mortal Reminder is an offensive item he frequently builds on Kog’Maw. The Grievous Wounds goes a long way, especially against healing comps.

As for boots, Berker’s Greaves are Doublelift’s choice. And if he needs defensiveness, Guardian Angel or Mercurial Scimitar are the items he goes for.