All new games look and play better on the Xbox Series X/S than ever before, while also benefiting from the new SSD’s super-fast load speeds, plus Microsoft’s various teams have spent years improving some of the platform’s most popular titles to take advantage of the new consoles’ capability.

Both of these consoles are fantastic in their own sense, but a gaming console isn’t complete without games that could be played on that console.

We have created a list of the top games available on the Xbox One and Xbox Series X/S consoles, with many of them being exclusive to Xbox. However, you can always use cloud streaming to enjoy the latest games at the highest quality even if you don’t have a new Xbox Series console yet. These are the Xbox games that you must play.

Here are the Xbox Series S/X must-haves, from Forza Horizon 5’s sheer driving pleasures to Ori and the Will of the Wisps fun to Resident Evil’s enormous vampires. You will absolutely fall in love with these games once you start playing. To know a lot more about these games, continue reading.

1. Ori and the Will of the Wisps 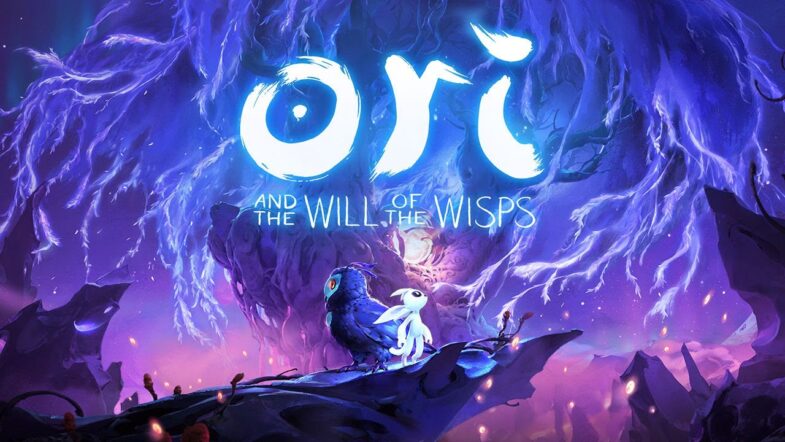 Although it was first launched on the Xbox One, the Xbox Series X upgrade elevates this beautiful experience to new heights of grandeur. The Xbox Series X is the best way to play the game, with 120 frames per second in 4K and HDR. Those who haven’t yet explored Ori in the forest, it is a fantastic action-platformer with metroidvania components.

While this is the sequel to the first game in the series, you don’t really need to have played the first to enjoy this current experience. Both games, nevertheless, have received the Xbox Series X upgrade and are now available through Game Pass.

Forza Horizon 5 is an incredible racing game set in a spectacular simulated Mexico that perfectly encapsulates the sense and fantasy of the open road. It provides a bewildering variety of racing events to compete in alone or with others, in numerous different beautifully recreated automobiles, through jungles, deserts, as well as around volcanoes, on the streets or off-road in Baja buggies. A one-of-a-kind way to see one of the world’s most fascinating locations. Authentic story invention comes around only once in a while, and Unpacking is one of them. In this game,  follows a woman’s life as she unpacks her stuff from cardboard boxes, beginning in her childhood bedroom and progressing through various phases of her life.

There is no speech, only artefacts that move from place to place, and you learn about her and what really is going on with her through them. It is indeed lovely, simple, and quite impactful. It is a one-sitting adventure that really is fantastic.

This affectionately strange experience is totally special, effortlessly humorous, and unabashedly self-aware. Player will  play Raz, a trainee psychonaut and hesitant acrobat who is studying the fine art of penetrating people’s minds to get insight into their psyche (and, at times, mess around with their feelings).  Players will never miss the strange adventures they will have in this game, from participating in a gameshow built inside the head of an agoraphobic psychic to escaping a witch created of honeybees. On November 10, 2020, the Assassin’s Creed Valhalla was released alongside the Xbox Series X, and it is a no-brainer for anyone looking for a big open-world adventure to showcase the potential of the current generation of gaming consoles.

Assassin’s Creed Valhalla looks unlike any other game in the franchise before it, running at 4K and a steady 60 frames per second. It not only looks magnificent and feels wonderfully seamless, rather it also has lightning-fast load speeds, ensuring that your voyage through England’s Dark Ages in the 9th Century is as seamless as possible. The Assassin’s Creed franchise is back, and it is greater than ever.

Every race feels like a Hollywood car chase, with gamers throwing a variety of hatchbacks, trucks, buggies, and supercars around legendary racetracks all around the world. If there is one thing Dirt 5 excels at, it is grandeur. If you are sliding atop a frozen lake in a Ford Focus or racing through a Nordic village while the Aurora Borealis rips across the sky overhead.

The Improved edition of the high-speed racer offers faster load times, improved visuals up to 4K resolution, and frame rates, making those showcase moments seem better than ever on the Xbox Series S and X.

Rare’s fantastic pirating adventure has continued to improve and expand since its first release in 2018, with new stories, monsters, and secret loot to unearth. It is essentially a massive story creator that allows people to board a pirate ship and set sail on their own missions for money and fame. This popular game has been upgraded for Xbox Series S/X, running in spectacular 4K and with significantly faster loading times.

A shared journey about a broken marriage may not sound like the stuff of gaming enchantment, yet Hazelight Studios has given what could have been a mawkish trial a stunning creative twist.

May and Cody, squabbling parents, are whittled down to doll size and must push their way through their own house and yard, battling huge bugs and working together to solve smart, fascinating puzzles to reach their daughter (and these are truly co-operative journeys, not a single player waiting on a switch and the other opening a door).

Lastly, this is a game about the need of communication, and it delivers its marriage advice in the most subtle of ways, despite the obnoxious talking-book narrator. HItman 3 is a super duper action game. It is Agent 47’s most recent escapade and is also his best. The game’s vast scope and creativity bring each level to life, with his global voyage now leading him to new locations such as Dubai and the UK’s Dartmoor. Anything could be utilized as a weapon, and it is recommended that everything must be used as a weapon. It is all about lethal fun in Hitman 3, and you will be praised for it.

In Death’s Door, you play as a raven who makes a living by harvesting the souls of the dead. That seems harsh, and though it is, yet this is one of the oddest, craziest digital places you can visit on your Xbox, where you can be a genuine Pothead and then go about your day without having to answer several queries.

Death’s Door is also a lot of fun to play, as an isometric Zelda-style game with beautiful fantasy environments to explore and challenging and never harsh combat. The crow needs to take down bosses who have cheated death in order to open the title Death’s Door and finish his day’s mission, and each one is special. 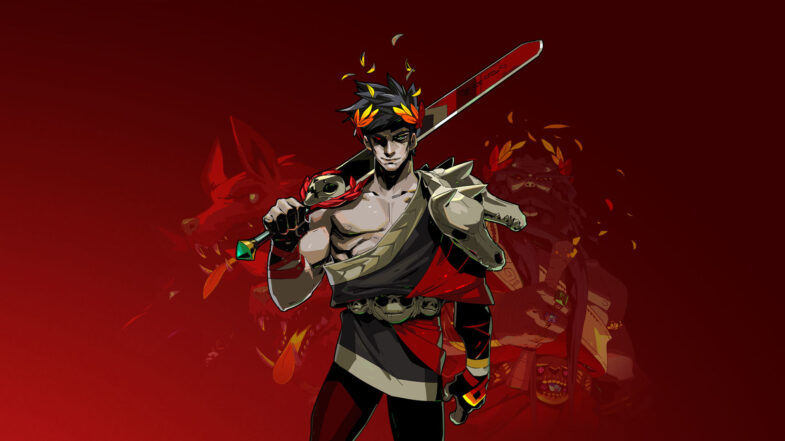 As Zagreus, child of Hades, you must battle your way out of the Greek underworld in this gorgeous, enjoyable, and surprisingly sensual game. The basics are simple – some few distinct weaponry, several perks from the gods of Olympus cheering for your getaway, quick and insightful conversation – nevertheless they come together to create something unique and intriguing, and each trial brings you near the surface. This game’s fascinating, whimsical take on mythology contributes to it being the finest in its class.

With a bold advertising that embraces the series’ past, Halo Infinite is in the greatest shape the series has been in in a very long time. You will be exploring a new circular world with a new AI and a recognizable face and voice, and Master Chief will be attempting to save the world once more. No doubt , the story is only one aspect of it, with the multiplayer component coming as a free-to-play option. As you would expect from an FTP game, there is a Battle Pass to buy, but there is a lot to enjoy in one bundle. The Artful Escape is another classical game you must play on your Xbox series X/S. You will play as Francis Vendettii, who is basically the nephew of a folk music legend in the tranquil village of Calypso, in this odd and amazing indie gem. Everybody expects Francis to continue in his uncle’s footsteps, however the young artist, understandably, declines an offer from an alien to fill in for an absent guitarist in an outer space rock band, kicking off an amazing voyage of self-discovery.

The Artful Escape is an extremely easy 2D game with very little in the way of true play and nearly any challenge. However, it is a must-play due to its amazing visuals, great music, and beautifully conveyed small tale.

Microsoft Flight Simulator is more of a technical demonstration than a game. There is no plotline and very few targets, and it doesn’t really make much difference. It realizes that all it takes to knock you away is to put you in the pilot seat of a Boeing 747 and let you decide wherever you want to take it.

The majority of the landscape is displayed in almost realistic resolution, and the game replicates actual weather conditions, giving you the feeling of being a pilot sometimes. It is, until you mistakenly send your plane hurtling towards Mount Fuji and are swiftly informed that there is a reason why it takes several years of training. 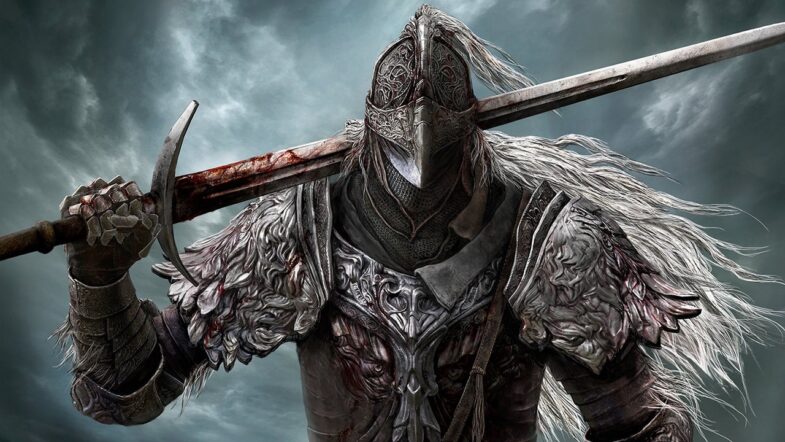 The “Souls” series is a one-of-a-kind powerhouse in gaming for the past ten years. Dark Souls, Bloodborne, and Sekiro are the some of the best games made by FromSoftware that are enigmatic, deep, and unforgiving.  Elden Ring still is a hard game and you will die frequently, however this time you can without any hassle steer away from a hard to beat monster or boss and go somewhere else.

Elden Ring extends on almost everything you like about the Souls games into one of the most amazing, intricate, and beautifully designed open environments we have seen yet. Elden Ring is the hottest game right now, and it appears and performs great on Xbox Series X.

Ralph Ellison confronts Albert Einstein in an universe that appears like a 40s New Yorker cartoon in Genesis Noir, a fantasy video game. As a romantic story and a crime drama collide with visual gags about expansion theory and ruminations about global heat death, Poke, probe, strum, and glide across a cartoony world. This is an intellectual videogame, but it is never only that. Its greatest triumph may be found in its humor, which stems from curiosity and a refusal to conform to a set of rules. 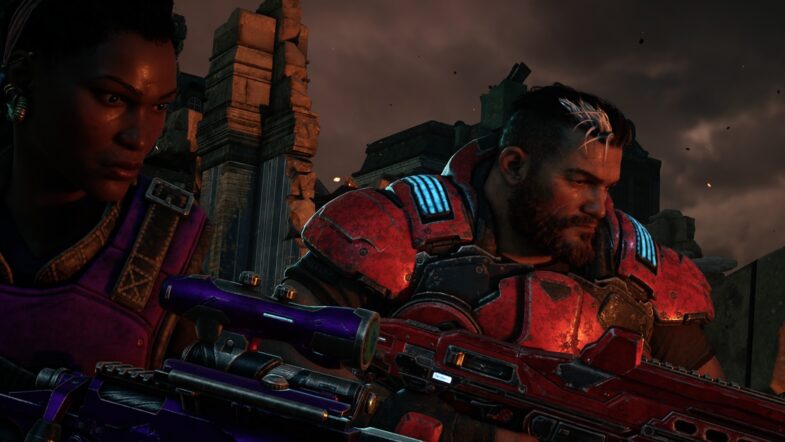 Gear Tactics is an amazing game available on Xbox series X/S. The meticulous tempo of Gears of War always felt more tactical than your typical action-packed game. As a result, Gears Tactics feels like a natural continuation of the franchise, as well as an excellent starting point into the turn-based tactics genre. Make sure you make a route plan, decide on the optimum time to seek refuge, and know when to use your chainsaw gun to rip an opponent to pieces. It pays to be patient in this crazy world.

In the discussion above, we mentioned and explained in detail 17 of the best games that you can play on your Xbox series X/S. These are superb games that you will enjoy a lot. Not only will these games ensure you have a fun time, you will also gain a lot of knowledge out of these games. Our Criteria for selecting these games was through a Gaming Industry Statistic Article published by TopTierList, which named them as the most popular Series X Game.

What is the Best Gaming Keypad for 2023

Steps on Building Your Own Gaming PC