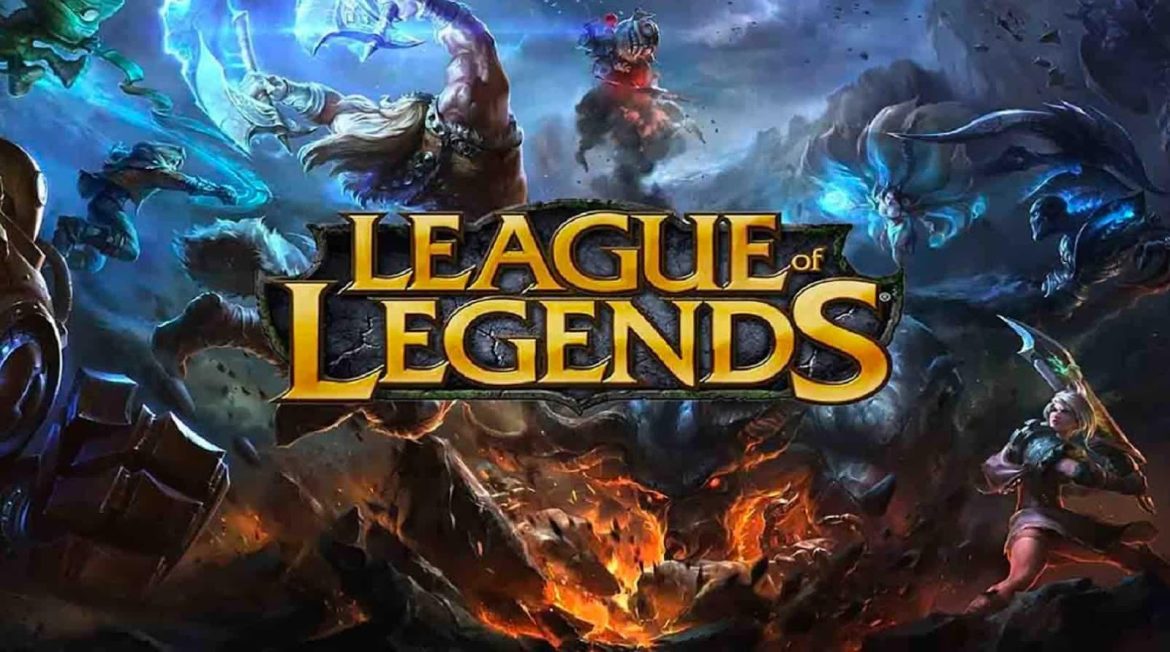 Home » How Can Newcomers Improve Their Skills in League of Legends?

How Can Newcomers Improve Their Skills in League of Legends?

The most vital of things in becoming better in League is the determination and zeal to drive you through whatever hurdles you might encounter in perfecting your skills. Aside from that, we’ll discuss practical applications to explore in LoL in this article.

The eSports Discipline: League of Legends

League of Legends was developed by Riot Games in 2009 as a multiplayer online battle arena game inspired by Defense of the Ancients (DOTA). The game was well-received worldwide and soon became more popular than the MOBA game that inspired it. Soon, annual worldwide tournaments started in 2011, producing some of the greatest pro League players in the world has seen.

Currently, League of Legends has about 180 million players worldwide, and the numbers are expected to rise even higher in coming years. In addition, LoL matches in all stages of a tournament have high viewership shattering records yearly and amplifying the publicity of the MOBA video game. With these, it’s no surprise many pro gamers want to partake in the LoL action and dominate while at it.

However, with the wealth of data on the internet concerning League of Legends, mastering the game can be daunting. But with the following paragraphs with essential guide points, you can improve your skills in League of Legends as a newcomer and be a pro at the game. 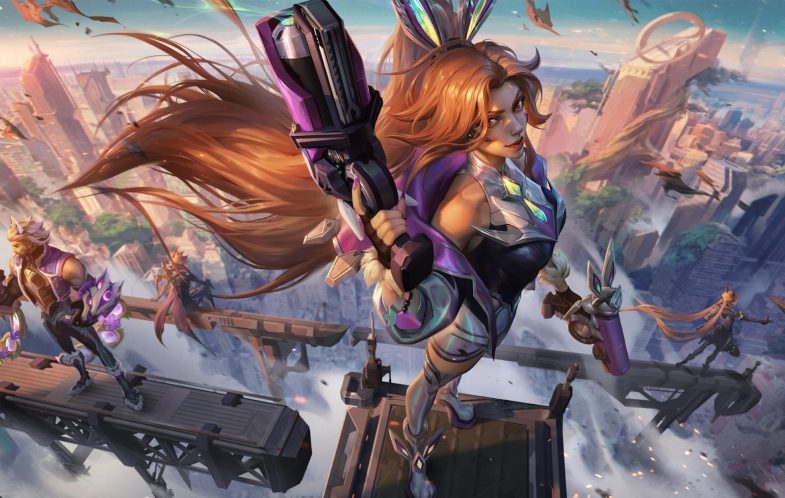 League of Legends is an incredibly deep game, but for starters, your focus should be on watching pro matches, identifying your strengths and weaknesses through analytics, playing with skilled players, perfecting your build, and learning the map and jungle.

Analyze Your Strengths And Weaknesses

The first thing you do in the League of Legends is picking one out of the 140 champions available. After that, you can explore as many champions as you want for 30 minutes each as you train and explore their skills, damage, speed, and cooldown rates. This will also give you access to item builds from statistics and playstyles.

Once you find a champion that suits your playstyle and role, you can capitalize on the strengths and improve the champion’s weaknesses. You can even use analytics tools to explore your strengths and weaknesses in skills like fighting, versatility, vision, aggression, farming, consistency, objectives, and survivability.

Find A Team With Skilled Players

One of the best ways to get better at League of Legends is to play with skillful members and learn from them. You’ll naturally get better at LoL matches when motivated to live up to a standard or be better among a group of players. As the game is free and you can have multiple matches within hours, you can always ask questions and tell your team members to help you develop your skills.

Communicate with your team in random plays and organize one vs. .ones and 2 vs. 2s to perfect team and single fights. These practices will help you learn positions better, get you conversant with wards, and help you with trading and harassing champions. These are the ways to improve at playing single games and working efficiently with teams. 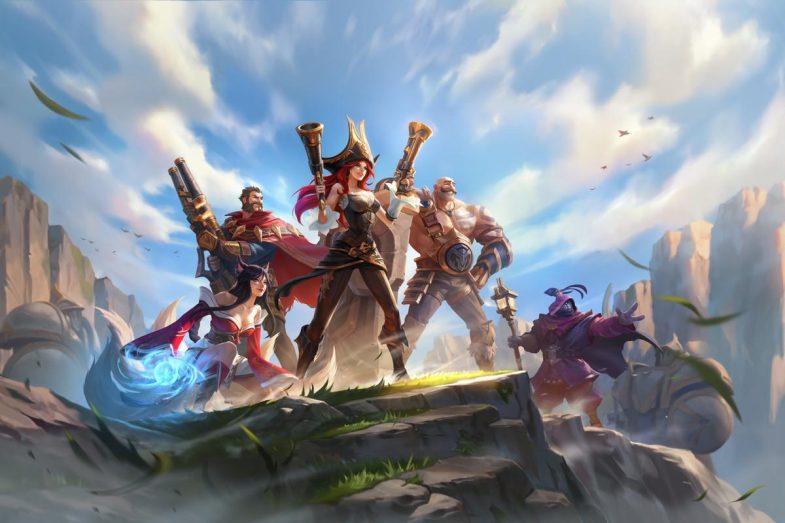 Perfect Your Build And Attacks

Perfecting your attacks and builds gives way to combos and total domination by you and your team in single and team matches. In a single match, attacks like your last hits earn you experience and gold, which help create items and buy in-game assets. Also, perfect your creep score or minion kills to power your champion through the easy stages of a match.

When you train with bots or involve yourself in PvP games, perfecting your attacks will be beneficial as it’ll help you clear lanes faster and destroy nexuses.

Asides from the skills and attacks you’re expected to perfect, having the ideal build also comes in handy. Your runes, masteries, and items are important to you getting better in LoL competitions. Your build will depend highly on your playstyle, i.e., if you’d choose to harass or team fight. It also depends on who you face at a particular time and where you play.

An excellent build gives you an excellent starting point, runes give your attacks boosts, and masteries aid your cooldown rates and playstyle.

Learn The Map And The Jungle

As you’re learning positions, learn the map also. Once you learn the map, you’re ready for combat at any time and any day with the obscure locations that give you stealth against opponents. These locations also contain wards that you can find and destroy. Game bosses also spawn in the form of drakes to give you buffs and golds to combat opposing teams. Learning the map will also give you accurate escape routes.

Also, you want to learn the Jungle, even if you’re not a Jungler. The jungle has buff monsters, golems, and wolves that help you gain items and experience. Also, the wolves and monsters can help you ambush lanes to attack the opposing team.

League of Legends tournaments probably pulls the biggest crowds physically and huge numbers in live stream viewership. These matches come with memorable gameplay and skills from pro League players that you can learn a thing or two from. LoL score almost does not matter until the end of the game when a winner emerges because anything can happen. You can always check results on genuine eSports sites if you can’t follow the matches. There is an upcoming LoL tournament for 2023, so you want to ensure you follow the series of matches for a tip or two, also for more information click here.

Find a player that uses your champion, learn what attacks or hidden counters they have to offer, and what builds they employ. Watching professionals play with your champion provides better insights than any other tips or guides you might have come across. 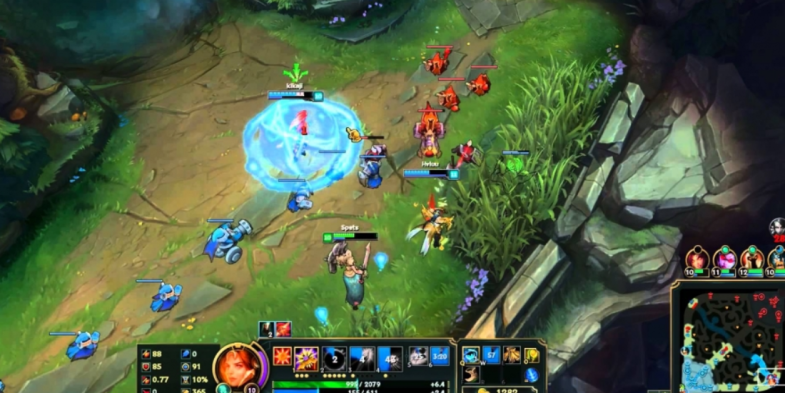 These are the essentials you can do to improve your LoL skills as a newbie. Keep practicing these steps for every update released, and you’ll find yourself gaming with professionals in a short while.

How Is Blockchain Used in Cryptocurrency? – Guide 2023