Home » Is the Swatting Problem Solved?

Is the Swatting Problem Solved?

After wrongly reported shootings or other acts of extreme violence, SWAT teams rush to innocent citizens’ homes or businesses. This way police forces, armed with assault rifles and wearing full military protective gear, are tricked. However, this is not the biggest problem. Swatting can lead to much greater consequences. Nevertheless, it remains a problem that does not seem to go away.

A prank that may have serious consequences

Those who decide to make such a prank rarely think about the consequences of this attempt to make a joke or scare someone. First of all, it can be a prank that leads to death. After getting a call about the accident, the police do not spend hours analyzing it and looking for some proof that it really happened. They simply react. The very moment they get the call, they are ready to go and solve the problem – no matter whether it is an armed and dangerous citizen, some kind of volatile scenario or something else. Therefore, a fake report can result not only in destruction of an innocent person’s property but also to injure or even kill him.

What is more, such pranks cost their perpetrators dearly. Falsely calling the police and other special services can lead to fines up to $10,000. And in some countries, a prison sentence can also be imposed for such a crime. Therefore, before calling 911, it is a good idea to think at least twice. However, it is not easy to conduct the source of attacks as technology helps criminals to hide their identities and present a false number when making a call. That is the reason why the swatting problem still cannot be solved.

There are thousands of swatting examples all over the world. But it would not be fair not to admit that the most popular ones occur in tech-focused spaces such as live video streams. On the one hand, such a prank can be caused by competition. On the other hand, it just increases the number of people interested in the video stream, because the action in the player’s room becomes much more interesting than the usual gaming stream.

Of course, swatting is not only a threat to popular gaming streamers or other celebrities. Any of us can become a victim of swatting. Therefore, while the problem of swatting remains unsolved, it is worth getting to know it better and looking into ways that could protect you from it. Although some might call it one of the best events in life, considering the potential threats and risks, it is better to avoid them indeed.

How to protect yourself from swatting? 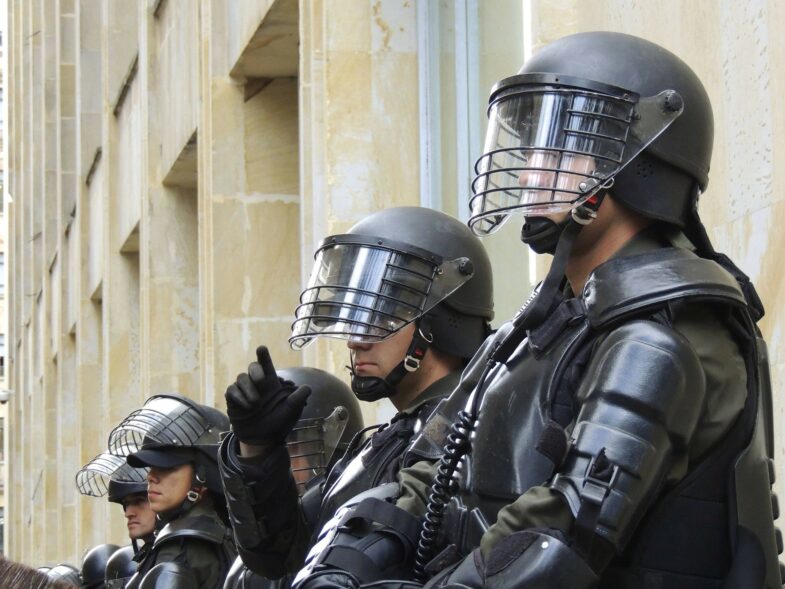 As heavily armed police teams react immediately to the request for help they got, there is simply nothing you can change after the prank call has been done. But you may avoid such pranks by paying more attention to your personal information privacy. It means that you should do your best in order to make a task to get to know your home address, location or phone number simply impossible.

You should start with the use of a Virtual Private Network service. It will hide your location, IP address and make all the information you send and receive invisible for the third parties even if you use public WiFi. Feel free to choose the one of the many lists which meets your expectations the best. Also, you should make sure that your personal information is not discoverable by using search engines. Finally, make sure that you do not disclose your personal information yourself when asked to fill one or another pop-up table, etc.

How Does Swatting Happen?

These types of incidents are happening when the attacker gain the access to the victim’s personal information. A victim can be anyone whose address or home is discovered. Attackers are getting personal information through a couple of different procedures that you are going to read below.

The first one is through Location Services

Devices such as mobile phones, computers, and gaming consoles are providing an option for users to enable their location services. Once they do that, users are practically allowing the device access to their location in order to get a more personalized experience. However, the problem is that the user’s location can also become visible and accessible to others, including attackers.

The second one is through Doxing Cybercriminals are able to publish other people’s personal information on the Internet with doxing. In general, doxing include information that is gathered by hacking personal accounts as well as accessing public database such as social media platforms.

The third one is through Sharing Information

Unfortunately, many people are sharing their home addresses on their personal social media platforms online which can fall into the wrong hands of cybercriminals. Therefore, it is very important to remember that sharing a home address online leads to a risk of swatting.

The fourth one is through IP Address

As you probably already know – you are having a unique Internet Protocol address which stands shortly for IP. Every Internet person has their own set. The IP address is allocated to the person’s device and home network. The IP address needs to be private, even though you are enabled to access the Internet and communicate with other devices. However, the problem is that cybercriminals can find your IP address which can reveal further personal information.

What To Do Once In The Case You Are Swatted? If something like this happens to you or anyone you know, you need to follow the steps that we listed below.

Primarily, you must remain calm

As you can assume, every reported swatting incident will lead SWAT teams to think that they are dealing with a very serious and dangerous emergency. They can interpret any sudden actions as well as movements while being hostile. They also may fire their weapons. Because it is highly important for you to calm down because your attitude will turn to lead to authorities responding in the same manner.

The second thing to do is cooperate

A swatting attack is going to cause tension and scariness for both the victim and law enforcement responders. Do not be surprised if responders want to search the house and temporarily handcuff you or other individuals that they find on the property. This can lead to agitation, however, it is highly significant to cooperate with the officers and follow their instructions. After you calmly explain the whole situation, everyone will be calm as well.

Finally, you should report it

Swatting is generally considered highly serious because at that time authorities’ emergy response teams are losing their precious time and money. Additionally, these types of situations can lead to unnecessary casualties. The victims of swatting need to file a report and also press charges against the ones that initiated the whole event.

Keyboard P Key Is Not Working (Here Is Fix)

Can Games Help Students Perform With Their Studies

The Technology Behind Hyperbaric Chamber: How Does It...