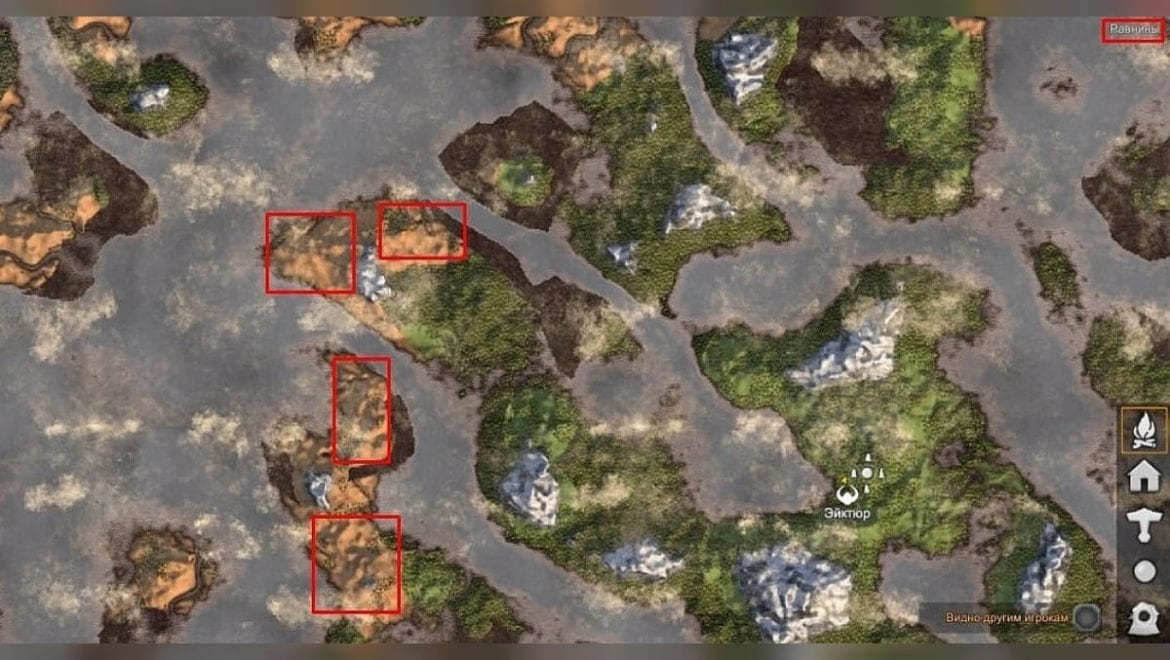 Home » What to Expect in the Valheim Biomes

Valheim is an epic survival video game set in the Viking fictional universe! Players can craft, explore and tackle creatures that inhabit various lands and biomes in the game. Each of these biomes is unique and features various creatures, resources, and secrets. Let’s take a closer look at all of those that are currently available for exploration, as well as those that will be added to the game at a later point in time.

The Meadows Biome in Valheim

The first biome in which every player will begin their adventure is the Meadows. By far, the Meadows are the most pleasant biome to find yourself in and to build a base of operations. The Meadows usually consist out of wide-open grassy fields with small patches of trees scattered around every now and again.

The tree types can vary from beeches which will provide you with all your wood needs, to birches that require stronger harvesting tools, but in return provide you with both wood and fine wood.

In terms of creatures, there are hardly any that can pose a serious threat to the player. On occasion, the player may stumble across some deer that can be hunted for food. But are very timid and will run away at the first sign of danger. Boars are another creature that you are likely to encounter in the Meadows. While they will attack the player, they are usually easily dealt with and can be tamed in order to have an ongoing supply of food and leather scraps.

Watch out for the Necks

Lastly, the player may encounter another type of creature called the Neck. Necks are small lizard-like creatures that can usually be found near any source of water such as the river or the ocean beaches. Similar to boars, they pose little threat to the player and can be easily dispatched. While they are a good source of food thanks to their Neck tails, they can’t be tamed.

The final creatures that you may run across in the meadows are the Greylings or their much stronger counterparts, the Greydwarfs. These creatures will attack the player on sight! While they are the biggest threat within the Meadows biome. They pose little danger to any player aware of their surroundings. Be careful at night though, because these creatures spawn at a higher rate during the night. While individually they pose almost no threat to the player, in larger numbers, they can overwhelm you with ease.

The Black Forest biome is usually connected to the Meadows but can be distinguished from it by its higher density of trees. This is easy to notice and is the biome after the Meadows in terms of equipment and progression. While the two biomes are almost always closely connected. The threat level in the Black Forest increases significantly compared to the Meadows. Here, you will encounter a much larger population of Greylings and Greydwarfs. Including all of their variants such as the Greydwarf Shamans and especially tough Greydwarf Brutes. They are significantly easier to deal with during the day due to their very high spawn rate at night. So unless you are well-equipped, you should probably focus on exploring this biome during the daytime. Aside from the Greydwarfs, you may also encounter huge Trolls that are roaming around the Black Forest biome.

Trolls look a lot scarier than they actually are in terms of power, but they do require some practice to deal with. They are also weak to piercing damage and somewhat slow when moving around, so bringing a bow and arrow with you might come in handy when roaming the Black Forest biome.

The final type of enemy that you will run across in the Black Forest is the skeletons. Skeletons can usually be found guarding the burial chambers which are small dungeons scattered all over the Black Forest biomes. They are weak to blunt weapons such as maces so they are not hard to deal with, but in large numbers can be overwhelming so approach them with caution.

In terms of resources, the Black Forest biome is not that different from the meadows. Most of the unique resources drop from creatures that you will be facing such as troll hide from the Trolls and bone fragments from Skeletons. Burial Chambers will provide the player with Surtling Cores which are necessary for further progression.

Swamp biome poses the next big jump in difficulty in terms of progression in Valheim and is the first biome that will require some preparation aside from having the appropriate armor and weapons. The Swamp biome is usually connected to the Black Forest biome, or in many cases, complete a separate, isolated island. When exploring the Swamp biome, you will encounter many different enemies such as Leeches, Blobs and the undead Draugr, and the already familiar skeletons.

The Skeletons and the Draugr will come at you with both melee weapons as well as bows and arrows which can overwhelm you extremely quickly. However, the biggest threat in the Swamps are the Blobz and Leeches that will do poison damage over time to the player. This is where the previously mentioned preparation comes in. In order to be able to stand a chance in the Swamps. The player should stock up on the mead which will grant them resistance to poison damage. It is important to note that even with poison resistance, it will still be difficult to tackle the Swamp so tread carefully. In terms of resources, the Swamp will yield the precious Iron. This can be found within the sunken crypts as well as the Ancient bark which can be gathered by cutting down trees in the swamp.

The Mountain Biome is what you will be exploring next once you are done with the swamps. Once again, you will need to do some preparation before you venture off to the highest peaks of Valheim. Namely, once you are in the Mountain biome, you will find the temperatures extremely cold. This will result in the player constantly taking ticking damage due to freezing. The answer to this is the Frost Resistance Mead which you will need to prepare in advance.

When it comes to new enemies that you will be facing, there are plenty of them. Wolves are the most common ones which will drop their pelts upon death. You will need those in order to make yourself some warm clothes in order to negate the freezing effect. Be very careful though and make sure that your gear is up to snuff because wolves always hunt in packs and they are extremely fast and do a ton of damage.

The second most common enemy that you are likely to run across is the Drakes. These are essentially flying ice dragons that will shoot ice projectiles at the player. Dealing with them is not that difficult if you have a decent bow on your person. However, they spawn very frequently so make sure that you stock up on arrows. Aside from these, you may also encounter the Stone Golems and Fenrings, although on a much rarer basis.

These are very powerful enemies that deal a lot of damage and have a fair amount of HP. However, they are somewhat slow so if you time your movements correctly, you should be able to deal with them. When it comes to resources, the most precious resource that you can get from the Mountain biome is silver. To find it, you will need the Wishbone from the third boss, but that is a whole new article.

The Plains Biome in Valheim

The Plains are the final biome that you can explore at the time of writing this. They are the most difficult ones to tackle by comparison. These Plains are wide open biomes with very few trees scattered around. The majority of vegetation in the Plains consists of low yellow grass. They can be adjacent to almost every other biome in the game. This means that you may find one relatively quickly. While we understand your urge to go exploring, take our advice and just don’t because if you go unprepared. You will surely die and you might find it extremely difficult, sometimes even impossible to recover your gear due to the Deathsquiteos that are buzzing around.

The Plains also have their own resident creatures such as Fuling. Which are in essence, small green goblins that can be found in villages or roaming around the Plains freely. The final creature that you may encounter is the big hairy animals similar to rhinos named Lox. They are an excellent source of meat and fur and can be tamed. The Lox will only become hostile to the player if they come too close. While they look scary, they are very slow so taking them on with a ranged weapon is not that difficult. In terms of resources, the Plains biome will provide you with black metal as well as flax which you will need to upgrade your gear and expand your base.

Valheim and the Ocean Biome

While the ocean is what connects all of the islands and biomes, it can be considered as a biome itself. As such it has its own set of creatures that you may encounter on your travels. The more common ones are the big Sea Serpents! Which when killed will provide the player with serpent meat as well as scales. However, to get the scales you will need to drag the serpent to shore with a harpoon, which brings us to our next Ocean dwellers, the Leviathans. Leviathans are huge creatures, as big as islands themselves! While they won’t react hostile to the player. They will dive into the ocean if the player attempts to mine chitin of their backs. Which you will need in order to create the harpoon to farm scales from the Sea Serpents.

The Mistland Biome in Valheim

The Mistlands Biome is one of three biomes that are currently in development. However, there is little more information available in regards to Mistlands compared to the other two biomes. When encountering the Mistlands, the water, and the sky both darken significantly. While there are no creatures or resources currently within this biome. There are large spiderwebs scattered everywhere stretching across both land and treetops. A very interesting detail in Mistlands is the huge skulls that can be found scattered around! We can only imagine what kind of creatures we will encounter once the Mistlands are added and properly developed in Valheim.

There are two more biomes currently planned to be added to Valheim, the Deep North Biome, and the Ashlands Biome. Both of these are currently in early development and not much is known about the threats, creatures, or resources that the players will encounter there. The Deep North Biome is supposed to be a harsh snowy environment located at the most northern points of the map. While the Ashlands are supposed to be on the southern parts of the map, depicted as red fiery islands covered in dust and ash.

6 Tips for Starting a YouTube Gaming Channel or Twitch Live

CSGO Aim Training: How to Master the Mouse and the Keyboard