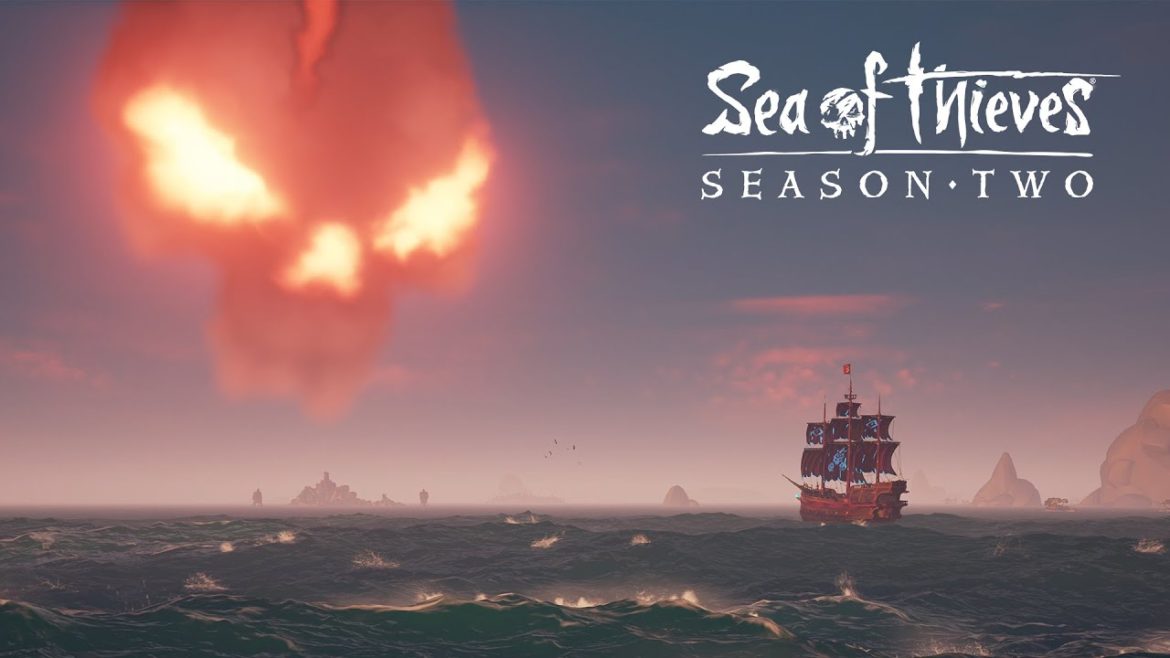 Home » What to Expect with Sea of Thieves Season 2

What to Expect with Sea of Thieves Season 2

What is Sea of Thieves

Sea of Thieves is a well-known online multiplayer pirate game that was developed by Rare and released back in 2018. While a little sparse in content in the beginning, the game was designed to feature multiple content updates, and not long after those content updates were implemented, a huge gamer community developed around Sea of Thieves.

Up until recently, Sea of Thieves was implementing a monthly update system with each update adding new content and quality of life improvements to the game as well as aimed to fix some of the known bugs in the game. However, about three months ago from the time of writing this, Sea of Thieves switched from its monthly content updates to a Season-based system.

According to the developers at Rare, each season of the game would feature major content additions and a Battle-Pass which will allow players to complete specific tasks in order to earn various in-game rewards such as doubloons, gold, as well as cosmetic items for both your pirate and your ship.

The first Sea of Thieves Season launched on January 28th and lasted for 12 weeks until April 15th. Along with the special Merchant Alliance missions, Season 1 brought with it the battle bass. The battle pass consisted of 100 levels of progression and featured 57 different tasks embracing all aspects of the game which players could complete in order to progress their battle pass levels. Each level of the battle pass unlocked a specific reward, and as higher the levels got, the better the rewards players would earn.

It is important to mention that the battle pass is completely free and every player can participate in it and reap its rewards should they choose to do so. However, those players who wanted to support the game financially could opt to pay $10 and unlock extra rewards at every tenth tier of the pass.

A couple of days ago, the official Sea of Thieves Twitter account Tweeted that the brand-new Sea of Thieves Season 2 would be beginning on April 15th, 2023, and with this tweet, they have released a teaser video for the upcoming second season.

The video lasts for about forty seconds and showed numerous upcoming features of the game. Various pirate costumes and cosmetics were shown, different emotes for the game, as well as what appears to be a new world event. While many of the specific details are still unknown at this point, here is what we do know.

The brand new event in the game appears to be called the Fort of Fortune and in essence, is based on the Skeleton Fort event that is already present in the game but with many different tweaks made to it. The fort itself will be a rare occurrence and will be announced to the server with a big red skull in the sky. According to some sources, the Fort of Fortune will be much tougher to clear and might require multimer ships and crews.

The Forts of Fortune will be guarded by multiple Skeleton Lords as well as an Ashen Lord boss, and upon completion will contain high-tier rewards such as items that can be sold to the Athena’s Fortune faction. So it appears that the Fort of Fortunes event is a combination of the Skeleton Forts and the Ashen Winds events, however, there is extra risk involved because multiple crews will be going after it. Even if you choose to create an alliance, there is no telling if and when somebody will decide to stab you in the back and take everything that you have worked for and profit themselves.

Another huge reveal from the trailer is the Barrel emote which the Sea of Thieves community just can’t stop talking about. The emote in question is a hide emote which when used, will cause your character to put a barrel over themselves and remain hidden. Considering the fact that barrels are a commonly used scenery item that can be found on all ships, islands, and forts, if you use this emote smart, you will be able to hide in plain sight from your enemies. For some, this means that pirates who are patient enough will able to silently board enemy ships and strike at the right moment in order to take them down and steal their loot. For others, this means that they will likely be paranoid and start slashing barrels on the ship in order to find intruders, nevertheless, it’s fun on both sides.

As far as the cosmetic rewards go, nobody can really say what Season 2 will bring about. If we are being honest, the cosmetic rewards for Sea of Thieves Season 1 were a strange mish-mash of recolored items that were already in the game and pieces of different sets that were featured in the past, however, neither appeared to be going after a specific theme or a collection. What’s worse is the fact that not even a single set could be completed from all those items which really makes us question Rare’s decisions. It is possible that due to the pandemic and other issues along the way, Rare wasn’t able to create new sets, but even then, why would they stray from adding an already complete existing set and prefer just adding parts of it as rewards.

Regardless, it appears that the Season 2 battle pass will be different as there has been information released about them. These sources state that the new battle pass cosmetic rewards will have a theme based on nautical imagery and feature the “Ocean Deep” set. Additionally, a whole new set dubbed the “Lucky Hand” will be added and will be based on gambling and other games one could expect a pirate to indulge in at the tavern. A welcome addition to the game is also the new ship cosmetics that have been added for each Sea of Thieves faction and can be earned by placing high on the emissary ledger of your respected companies.

An interesting change was also introduced to the Merchant Alliance in Season 2. Namely, players who have extra gold can now purchase crates from merchants to stock up easier on resources and prepare themselves better for their upcoming voyages. For a small fee, the player can now buy cannonball crates, wood crates, fruit crates, and of course storage crates.

Another interesting change made to the Merchant Alliance is that players who choose to fly a Merchant Alliance emissary flag can now purchase crates filled with various goods. These have been in the game for a while now and there are many different kinds of crates ranging from rare tea to mineral dust, however, up until now these only served the purpose of being sold to the Merchants in order to make some gold.

However, trade routes are being introduced now, and that means that each outpost will be in need of specific crates, which you can then buy at a different outpost and carry them across the sea to a place where they are in demand and turn a profit just by transferring them. The outposts that require specific goods, as well as the goods themselves, will be changing on a weekly basis in order to keep the feature from getting monotonous.

How To Use the WoW Demon Hunter Glyphs?...

How to Get Free Fortnite Skins!