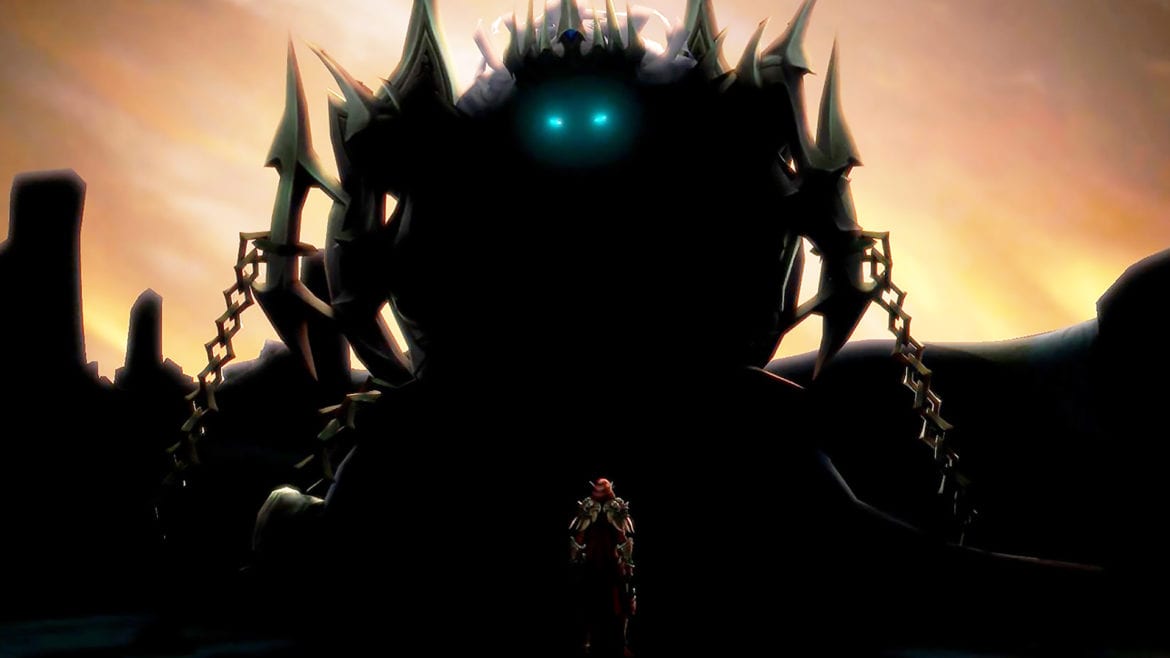 Welcome! This is our ultimate guide to WoW Torghast and all of its features! Here we will talk about everything you need to know for Torghast as a whole. We will tell you how to unlock WoW Torghast, as well as where to find its entrance and how to climb its floors. We will focus on providing you with all the tools you need to defeat Torghast, the Tower of the Damned!

Torghast is one of the key features of World of Warcraft: Shadowlands as an expansion and every player is required to go through it once they hit level 60. Blizzard has integrated some interesting ideas into it and it’s one of the few things that still provide a “fresh” experience. Many gameplay and lore-wise are tied to Torghast. And if you want to compete in any content in WoW Shadowlands, then you’ll need to learn all you can about it!

What is WoW Torghast in Shadowlands?

WoW Torghast is a brand-new feature implemented in Shadowlands which aims to give us a “replayable” experience. Blizzard has explained in the past that they wanted to create a piece of content that will feel new and interesting every time you do it. Unlike the dungeons, quests, and raids, where everything stays the same no matter how many times visit them, Torghast changes all the time.

Every week, there are different wings of Torghast that you can access and battle your way to the end-boss. Each wing is a totally unique dungeon-like instance and each wing has 6 floors that you need to ascend. Now, each successive floor doubles the powers of your enemies, so the more you climb the harder it gets. On top of that, WoW Torghast has 8 difficulty levels, called layers, that you can select before you even start playing it. So, it is indeed a fresh design for World of Warcraft.

Inside Torghast, you’ll find many things. There are regular packs of mobs, NPCs and quest givers, elites and rares, and powerful bosses at the end of each floor. It’s practically impossible to calculate their numbers or patterns since it changes every time you start a new run. The environment is very hostile to our characters. There are traps everywhere and they can either push you off the edge or simply kill you.

WoW Torghast can either be completed solo or as a group from 2 to 5 players max. Players have reported that completing it in a group tends to be much easier. However, soloing WoW Torghast can be a fantastic feature for anyone who likes a good challenge. Especially the last floors and layers.

And when it comes to the WoW Torghast rewards, here is what you need to know!

Why is WoW Torghast Important?

The primary reason why WoW Torghast is so important in Shadowlands is Legendary Items. If you haven’t played the expansion from the start, or you haven’t followed our news and updates, you may have missed a pretty huge deal.

Legendary Items are the main and the most powerful pieces of gear that our characters can get in Shadowlands. Unlike in the past, they no longer drop randomly from completing PvE content. Instead, now they’re craftable through a completely new system that you need to check out! To learn more about WoW Shadowlands Legendaries visit our guide!

But, how is WoW Torghast connected with the Shadowlands Legendaries?

Well, for starters, Torghast is the place where you craft your Legendary Items. The room of the Runecarver is found immediately near the entrance of WoW Torghast. And secondly, Torghast is the only content in the game that rewards you with Soul Ash upon completion. Soul Ash is the main currency that’s required for crafting Legendaries. It’s limited how much of it you can get per week from Torghast, but it’s still the only place to get it.

Aside from the fact that it is a vital part of getting Legendaries in Shadowlands, WoW Torghast has other rewards. The first one is, of course, the Corridor Creeper mount. This is a unique model and currently the only mount that players can use in The Maw. Other than that, Torghast can reward you with toys, a pet, and followers and companions for your mission table, depending on the wing you’re completing.

How to Find Torghast in World of Warcraft?

As you might know, Torghast, the Tower of the Damned is located in the new Shadowlands zone – The Maw. The Maw is the place that we first visit in our introductory quest for the Shadowlands expansion. It is the realm of The Jailer, with Torghast being the actual jail where he keeps and torments the most important souls in existence. And when you’re in The Maw, you can glance at its enormous structure in the sky.

To enter The Maw, you’ll need to jump down from the upper floor of Oribos. And once you’re inside The Maw, you can find the entrance to WoW Torghast next to Ve’nari. The entrance is actually a portal that takes you straight into the tower itself.

The location of WoW Torghast in Shadowlands is shown on this map:

Interested in what we think of Exile’s Reach? Check our review here!

How to Start with Torghast in WoW?

To start with WoW Torghast, all you have to do is follow the main questline. Basically, when you reach level 60 with your character, you’ll be forced to choose a covenant. And after you choose your covenant, you’ll start your covenant’s campaign. However, you’ll quickly be summoned to Oribos again by Bolvar, and you’ll be sent on a quest to investigate Torghast, the Tower of the Damned.

At first, you’ll be doing a bunch of side quests around the zone with Ve’nari. But you’ll soon be sent into Torghast to save Baine Bloodhoof, the leader of the Tauren. This first run actually takes place in the Twisting Corridor, and not an actually weekly wing of Torghast. That’s because this is meant to be

a tutorial-like experience for Torghast, where it’s practically impossible to fail and you also learn how the feature works.

Once you’re done with this introductory run, you can do Torghast the regular way. When you’re browsing for a wing and a layer, you can read a little of what might expect you inside. You can also see the recommended gear for each layer. In the end, just select a layer and you’re good to go.

Here are all the WoW Torghast wings and layers, along with their Soul ash rewards and recommended gear:

The WoW Torghast rotation of the wings is completely random. As we stated above, only 2 wings are available each week. And when the current week ends, 2 new are swapped in their place. However, there is no way of knowing which wings will be open the next week. But, it’s safe to say that a wing never stays on for two or more consecutive weeks.

The idea here is simple. Each player must start from layer 1, complete it, and move to layer 2. However, this is an account-wide feature. So, once you unlock layer 8 of WoW Torghast on your main character, your alts will be able to access it too.

New to World of Warcraft? Check out the best raiding addons!

How Does WoW Torghast Work?

If you need an in-depth explanation of how things work in WoW Torghast, as well as what’s actually happening once you’re in, this is it.

In Torghast, you’ll come across many Anima Orbs. As a matter of fact, the first one is given to you at the start of each run, for free. These Anima Orbs hold Anima Powers in them. And Anima Powers are your main powers in Torghast. They are usually pretty strong buffs to your existing spells, but some are helpful all around. Note that these effects will only last during a particular run of Torghast.

Torghast also has its special currency, called Phantasma. Phantasma is looted from slain enemies and broken phylacteries. The more Phantasma you have, the more Anima Powers and other useful items you can purchase from the friendly vendors on floor 3 and floor 6.

The whole point of Torghast is to successfully reach floor 6 and defeat the end boss. Mobs and hostile NPCs are spread all over the place. Some wings of Torghast have multiple chambers and corridors that you can navigate through. Each turn you make presents you with new enemies. However, every class has a way of dealing with them. Plus, the Anima Powers that you pick up along the way can help you out tremendously.

And lastly, the bonus objectives you encounter, like quests or chest puzzles, can be pretty useful too. Completing them will almost always reward you with an Anima Power, or in some cases, followers. These objectives are pretty easy to do and take only an extra minute or so per floor. You’ll occasionally also meet Soul Remnants. Make sure to collect since they grant permanent buffs of Strength, Agility, or Intellect.

Floors, Anima Powers, and Other Mechanics

Although every run of Torghast is different and unique, it is still based on one scheme. Here is how it’s always layed out:

As you can see, in every run of Torghast, you get two breaks. The first is always on floor 3, while the second is on the final floor. Friendly vendors will await you to sell you useful tools, such as potions and damage-increase buffs, along with more Anima Powers. Phantasma is the currency that is required here.

The key to defeating WoW Torghast lay in the Anima Powers. Unfortunately, there is no way of controlling which Anima Powers will spawn in your current run. However, you do have the freedom to select the Anima Powers that you want.

Many players aren’t aware, but the Anima Powers are deeply connected. This means that if you carefully choose them, you can combine multiple different Anima Powers to end up with some OP results. For example, Druids can collect Anima Powers that infuse their Entangling Roots and Mass Entanglement to not break immediately, to deal DoT damage while they last, and to explode once they expire.

There is one more thing that you should be aware of. Ve’nari sells some helpful things, like prevention of the first death in Torghast, as well as an increase in Phantasma gains. Note that you’ll need Stygia to purchase these effects!

What is the difference between the regular wings of WoW Torghast and Twisting Corridors?

Twisting Corridors is a mode of Torghast that you can access after finishing the Torghast questline that starts with “The Search for Baine”. As with the regular wings, Twisting Corridors has 8 layers, but 18 floors available in each run. And it’s a combination of all six wings, so it’s completely random every time you enter it!

Playing Twisting Corridors won’t result in you receiving more power. It’s meant to be a fun mode that tests your skills and knowledge with the class, much like Mage Tower back in Legion. The idea is to go as high as possible. And the rewards are mostly cosmetic, along with a few achievements.

Destiny 2 Valor Ranks – Everything You Need to Know