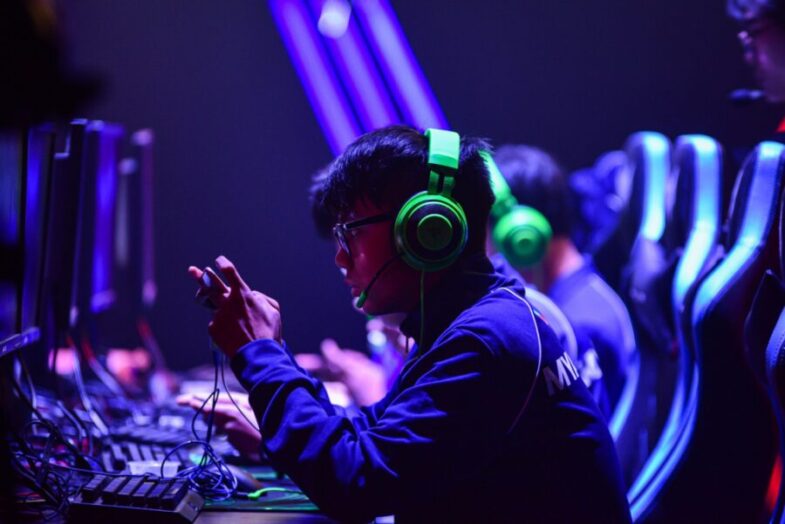 Home » Why Have PC Esports Advanced More Than Console Esports?

Why Have PC Esports Advanced More Than Console Esports?

With its full meaning as electronic sports, e-sports is a competitive video gaming sport between pro gamers for a cash prize. The esports field has grown tremendously since its early records of video gaming tournaments, with the industry currently worth over $1.3 billion. This revenue comes from video game sales, tournaments, merchandise, and sponsorships. The esports field has become so big that you have hundreds of career opportunities to explore asides from being a pro gamer.

Statistics report over 400 million current fans and followers of the esports field, and is expected to double in number in coming years. The popularity and revenue of the esport field are attributed partly to the sales of games for PC and console users. Particularly, PC users have the versatility to play, stream, and record games to post across social platforms. Console users also have this ability to some extent. This limitation, among others, has raised the topic severally of why PC esports is more advanced than Console Esports.

Why Is PC Esports More Advanced Than Console Esports? 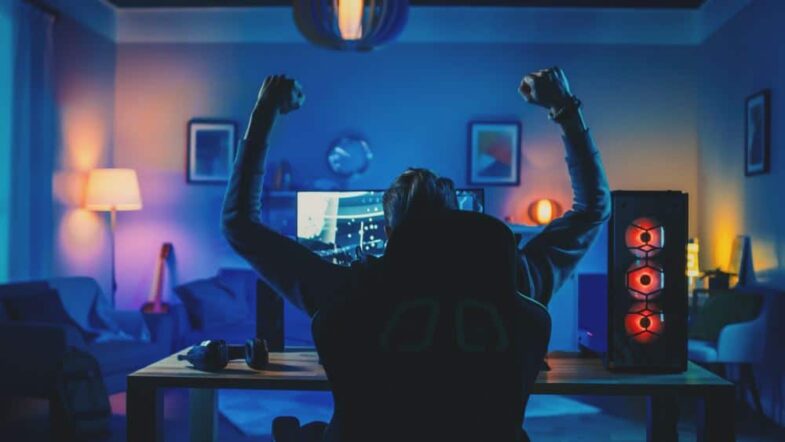 PC gaming was already in vogue before the advent of consoles. The easy accessibility with which you could access a game’s website, download it, and start playing was more than any gamer could ask for. However, when consoles came into the scene, it was a much-welcomed development, isolating the gadget strictly for games. As a result, consoles became quite popular, becoming a must-have for the average gamer to the pro gamer.

Although consoles became a globally accepted gaming gadget, PC games still had the upper edge over them. This edge spread into the esports scene, and you’ll always see the biggest pro gamers picking PCs over consoles. The reason for this advancement, among others, are discussed in the headings below.

In PC Esports, gamers have the flexibility to customize the controls on their keyboards, mouse, and other connected gadgets. This is unlike PC consoles, where you’re limited to the few keys on a controller with limited settings. In addition, you can connect any device you want with a PC to enhance your gaming experience by a millionfold. So it’s unsurprising to see pro gamers list their PC specs and additional gadgets to show gamers how they manage certain movements, grips, and skills in tournaments. Again, compared to consoles, this feat can only be achieved with PCs.

Virtually All Games Run On PC

There’s almost no game in the esports field that runs on consoles that weren’t built for PC first. Game developers, 100% of the time, consider PC users before any other gadgets. Even if the game comes with special requirements in the form of hardware, core, processor, or storage, PC users will always get the game first. Thankfully, with the advent of gaming PCs, such as Alien, PC users do not have to worry much in the form of requirements.

From Counter-Strike: Global Offensive to League of Legends, the tournaments are always played with PCs. Since its inception, PCs, along with special keyboards and mouses, have been the mainstay of online and offline esports competitions. Today, there are several brands of gadgets that design only for gaming PCs and additional gadgets for pro gamers. This influence alone contributes largely to the advancement of PC esports over consoles.

With the way pro gamers list their PC and gadgets specs at tournaments, you can easily make informed predictions to win on esports betting sites. Some of these betting sites, esports, usually list these specifications along with history and full data on teams, players, and events you want to bet on. You’ll find the best betting esports website having the previously listed features on the biggest major esports tournaments so you can make a deposit to bet and a withdrawal if you predict correctly. Ensure to follow them on upcoming events and schedule alerts to not miss a single event in 2023 and beyond.

One of the biggest esports events in the world, The International is a tournament created by game developer Valve Corporation for its Dota 2 game. Held annually since 2012, it is considered the ‘Mecca’ of globally-recognized eSports events where millions compete online to qualify for prestigious spots at the finals tournament in Seattle, U.S.A.. Players compete for massive prize pools with The International 2016 awards worth over $20 million USD!

Featuring 32 teams from 13 regions over five continents, with over 18 million fans across social media platforms, League of Legends Worlds ( Review Quarterfinals) is one of the biggest esports championships in the world. It is complete with tons of global fanfare that doubles as an opportunity to experience electrifying music performances and celebrity appearances – it’s no wonder why LoL Worlds has been named ‘the grandest stage of them all.’

A tournament born from a modest Swedish LAN party in 1994, Dream Hack Masters has since become one of Europe’s most popular professional CS:GO championship series across its 15 events held all around Europe and North America! With prize pools totaling up to $250 thousand USD for each event, Dream Hack masters showcases intense CS:GO competition between some of the greatest teams all over the world.

The annual battle between nations that began in 2017 determines which team’s strategy reigns supreme by having squads submitted by each region face off against countries around the globe — with even North Korea joining thereafter due to an overwhelming worldwide response! Not only do they battle it out based on nationality but also on individual talents; who will be crowned as Overwatch champions?

Gamers who use PC have the flexibility to run other features with their games. For instance, game streamers have easier access to stream their games, do voiceovers, communicate, and interact with their followers. For content creators, they can easily record their favorite plays, add effects, and post across platforms. If you’re into coaching, your best gadget to use will also be a PC.

Because personal computer technology is constantly evolving, prices are constantly decreasing. PCs are relatively inexpensive compared to consoles and can be upgraded with new hardware as needed without having to buy a new system (although this may require more of an upfront cost). This makes PC esports gaming more accessible because players don’t have to worry about investing in a lot of expensive equipment right away and can start playing immediately on an average PC. Esports streaming platforms have become more popular for PC gamers for a variety of reasons. These platforms allow gamers to broadcast their gameplay live, give viewers the ability to chat and interact with the streamer in real-time and even donate money to show support. Streamers can set up donations in different forms such as paid subscription or micro-transactions.

These platforms have made PC gaming more accessible with less technical obstacles to ensure competitive online tournaments and leagues can be established, giving teams an environment to bolster their performance. Furthermore, streaming platforms can help increase competitiveness within esports scenes by giving players accesses to training sessions and masterclasses with top competitors around the world which can be very helpful when trying new strategies or bettering one’s skills.

Without the progress that has been made these past few years, PC esports would not be near where it is today; Twitch, YouTube Gaming Live, Microsoft Mixer and E-League are some of the leading streaming platforms on the rise that have allowed the potential for professional gaming to blossom into a full industry that rivals traditional sports.

With these, we can see why PC esports has the edge over consoles and keeps advancing at the rate it does. Besides, consoles are almost exclusive with the price tags and limited editions that the developers make. Consequently, it’s not guaranteed that console esports will ever be as big as that of PC. Important to notice are betting sites are mostly tied with PCs and not so much with consoles, for example foreign betting sites in Ghana.

Top 8 Video Games We Have Played Once in Our Life

Innovations That Will Impact eSports in 2023