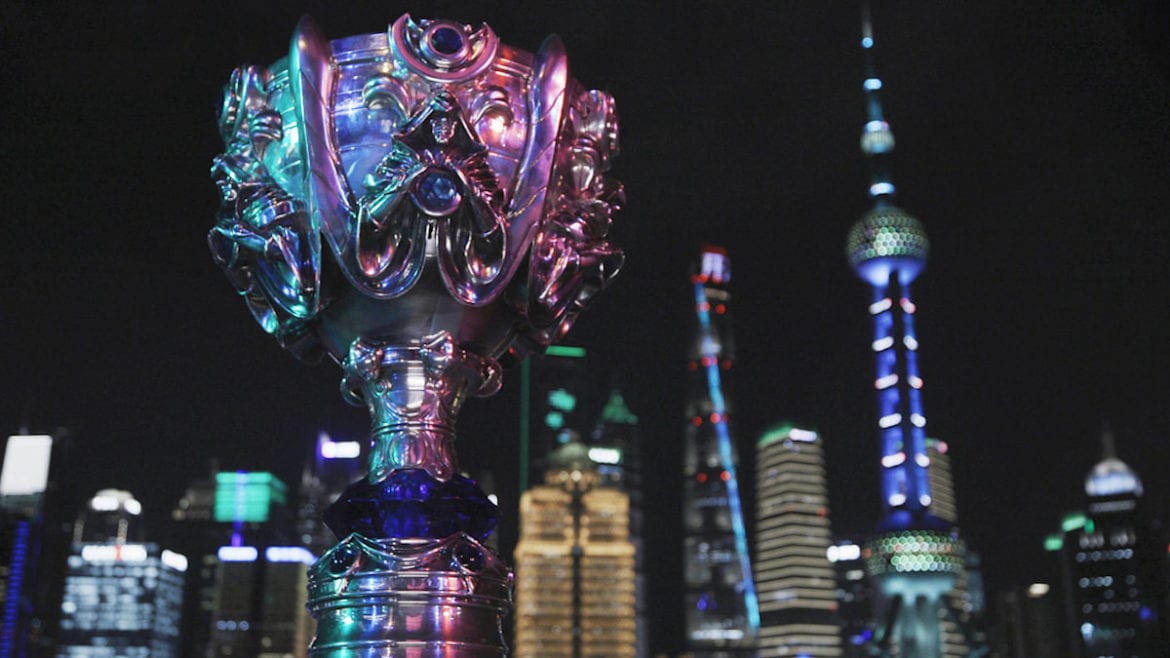 Quarterfinals, huh? Week 3 of Worlds 2022 has been a real mess of both excitement and heartbreaks for the League of Legends community. We have seen old legends rise up again and new stars burn out of the international competition in just a few days. And we have left behind some of the most memorable moments of the League of Legends World Championship 2022, despite the fact that the Knockout stage has just begun!

The Quarterfinals were intense and hard to predict. Fnatic, Suning, G2, and the rest showed us some excellent League of Legends. The games were full of interesting picks, different playstyles, and unique strategies that we had never seen before. Players like Canyon, Caps, and Rekkles proved on an international stage what it means to be a carry for your time. But even though their efforts were gigantic, Week 3 of Worlds 2022 was still merciless, and not everybody made it through to the Semi-finals.

So let’s dive deeper and see exactly what happened in each game during Week 3 of the League of Legends World Championship 2022 in Shanghai, China!

The BO5 between DAMWON Gaming and DRX in the Quarterfinals was a quick one. DWG won with a sweeping 3-0 over DRX in a fairly easy fashion. Game 1 started a bit slow, with the first blood happening at the 9th-minute mark, around the Rift Herald. Both teams wanted to secure the objective, yet DWG were the victors.

And although DRX got two kills over the next couple of minutes, DAMWON were the ones who played the objective game superiorly. There was another big team fight at the Elder Drake, where DWG once again massacred DRX and took Game 1 in their pockets.

Game 2 progressed a little bit differently. It was DRX who got a relatively big lead over DWG at the start, but once again, DWG played the rest of the game just perfectly! Whether it was a team fight in the mid lane or at the Baron, DAMWON fought as one. Canyon on Graves was a big contributor to the victory and also ShowMaker on Twisted Fate.

Deft had a very good performance on Senna and was pumping a lot of damage for his team. But the mechanical misplays of all members of DRX were always there! The most noticeable was Pyosik who in all three games made many inexperienced mistakes that resulted in DWG taking some objective. Perhaps it was the nerves, but the rookie should’ve prepared better.

And Game 3 was a mirror of Game 2. DRX were stronger at the beginning but they couldn’t match the combined strength of DAMWON. Chovy and Doran had both good performances, and the individual skill is what brought those early leads to DRX. Yet, at the moment the game transitioned over to the late game, it was all over.

DAMWON’s greatest strength is their team fighting and coordination. The roster has played together for almost two years and if G2 Esports are going to beat them in the Semi-finals, they better attack there!

It’s true that only a few people saw Suning as the winners of this series against JD Gaming. And Game 1 started as everyone expected. There were two quick kills for JDG at the Rift Herald, and a couple more through ganks. Then SN won a team fight at the dragon and another at the Baron, but they never had time to use their leads.

JD Gaming were relentless and constantly pressured Suning. After a long time of back and forth gameplay, JDG won a team fight at the Elder Drake, with Kanavi putting four men to sleep with his Lilia’s ultimate. It was a rush to end after that

Suning bounced back in Game 2 from the very beginning. Angel had a noticeable performance on Zoe, who kept hitting his skill shots and denied JDG from playing freely on the Rift. But it was SofM who really took everything on his back. He contested every single objective on the map and was literally everywhere. His score at the end was 7/2/14 with 200 CS on Graves.

However, Huanfeng took the star spotlight in that game. In the team fight at the bottom side of the map, he sneaked in JDG’s base and used Jhin’s ultimate from behind the players. This cut them off completely and gave Suning the first victory of the series. Huanfeng was legendary 9/0/12 and the casters went nuts!

Game 3 was almost the same as Game 2. Suning took a lot of early kills and dominated the map. JDG had one good team fight in the mid lane where they managed to ace Suning, but they couldn’t get anything else. They were scattered from the Baron and they slowly lost the game after that. SN had control over everything.

And Game 4 was the quickest of them all. JDG held a steady gold lead for the majority of the game, yet it was Suning and SofM who took all the dragons and objectives on the map. JDG fought very well, but SN won the final team fight, secured the Baron, and closed the series.

The BO5 between Top Esports and Fnatic was the most intense one. Starting from the first game, Fnatic just won over everyone’s heart. They were considered underdogs by everyone, so they played fearlessly and without pressure. Bwipo played Singed and was pretty good, while Selfmade on Kindred and Rekkles on Senna just phenomenal.

In Game 2 Fnatic continued the same way. They kept winning the skirmishes around the map and managed to secure the Infernal Soul. A big part of their domination was their bot lane duo, Rekkles and Hylissang. In this game, they played Ashe and Braum to perfection.

And while Rekkles was performing insanely good in all five games, Hylissang was a big winning factor for Fnatic in Game 1 and 2. He set up so many kills and won so many team fights single-handedly, that he should be an example for every support. Fnatic won Game 2 as well but Hylissang didn’t continue with this domination for the rest of the series.

Game 3 started very relaxed for both teams. TES picked up Lee Sin and Karma, two questionable champions in the Worlds meta, while FNC chose Kha’Zix and Vel’Koz, something we never saw on Worlds too.

However, it was Karsa on Lee Sin who did most of the work in Game 3 for TES. He played out of his mind and had some great plays with which he set up his teammates for success. Selfmade on the other hand wasn’t as fortunate with his Kha’Zix. He, as well as the rest of the players, made some awful mechanical mistakes that resulted in dying and giving off gold to TES.

Perhaps FNC were too carefree and arrogant in Game 3. They were 2-0 against the Chinese giant Top Esports and were only one game away from eliminating them from the tournament. Everyone was celebrating, but TES showed that they had only just started playing. They took advantage of everything Fnatic did and won Game 3.

Game 4, Fnatic took the job seriously again. They started off very well and picked up five kills. TES replied with a couple, but Selfmade on Graves soon became so fed that it looked like he would take over the game. He had a 3/0/1 score at the 12 minute and tons of damage.

But on the other side of the Rift, there was Karsa on Nidalee. This man refused to lose and get knocked out of Worlds again! He hunted FNC members left and right, played with his team, and ultimately managed to close the game. With a 2-2 score on the board, Fnatic looked thunderstruck, while Top Esports only ignited.

Game 5 was a do or die for both teams and TES were just unleashed. Karsa locked in Lee Sin once again and showed just why he is one of the best players on that champion. He ganked mid very quickly and took the first blood for himself.

Selfmade on Gragas tried to carry as much as he could, but TES just couldn’t make a mistake. Rekkles was again on Senna but his performance in Game 5 was nothing compared to the one in the first two games.

And in 25 minutes’ time, Top Esports ended Game 5 with victory, turning the score to 2-3 for them. They became the first team who has done a reverse sweep in the Quarterfinals yet!

This was perhaps the most interesting and fun BO5 series in the Quarterfinals! It was certainly the most active couple of games that we saw thus far, with action happening everywhere. And G2 Esports were constantly on the move. Their hyper-aggressive playstyle forced mistakes out of the members of Gen.G, resulting in them not having Summoner’s Spells for the important fights.

Gen.G didn’t play bad at all. They even had three dragons in their pockets and would have easily won the game. But G2 were just fearless and slaughtered them fight after fight. And the best team from Europe closed the game with a 4-19 kill score in their favor!

In Game 2 the skill between Gen.G and G2 was evened out. Gen.G had a lot of strong early game champions, like Camille, Leona, Nidalee, and Ashe, with only Bdd put on the scaling Twisted Fate. They created some very interesting plays around the map, but G2 answered almost every time!

Caps was the man of the hour in the whole series! In Game 2, as well as in Game 3, he played Sylas so exceptionally, that the whole viewership around the world was astonished by his skill. He single-handedly outplayed the whole squad of Gen.G multiple times and carried G2 to victory.

And Game 3 was just a continuation of G2’s dictatorship over the series. G2 Esports collected the kills and the objectives once again, and they set the rules for Gen.G. They had quickly collected all the four dragons and the Infernal Soul too, which only meant the end for Gen.G.

Perkz and Mikyx were a phenomenal duo in the Quarterfinals! Perkz played 3 games of Jhin with a fantastic performance and Mikyx was praised by everyone for his play, especially on Rakan. But again, Caps stole the heart of every LoL fan with his “300 IQ” Sylas outplays. He clearly deserves his nickname “Baby Faker”!

The Semi-finals of Worlds 2022 are nearly here! The clash of these teams will be nothing but epic, and it’s very hard to predict who can claim victory and move to the Finals!

In the BO5 between Suning and Top Esports, the attention will mostly fall on the jungle matchup. Both Karsa and SofM are the carries for their teams and they both favor this type of playstyle. They love to be the strongest links and they aren’t afraid to fight over every jungle camp. It will definitely be a fantastic duel to behold!

On the other side, in the battle between G2 Esports and DAMWON Gaming, most people will focus on the mid lane. ShowMaker is widely considered as the best player for his role, but Caps is too! They have very different playstyles, and while ShowMaker likes to stay with his squad to team fight, Caps is a solo playmaker who constantly roams and creates opportunities for himself. In any case, the matchup between will make the Semi-finals almost Finals! And we’re curious to see which one will prove stronger!

But, what do you predict? What is your Pick’em and who do you think will go in the Finals of Worlds 2022? Tell us in the comments!

G2 Team Spotlight: Can They Win A World...