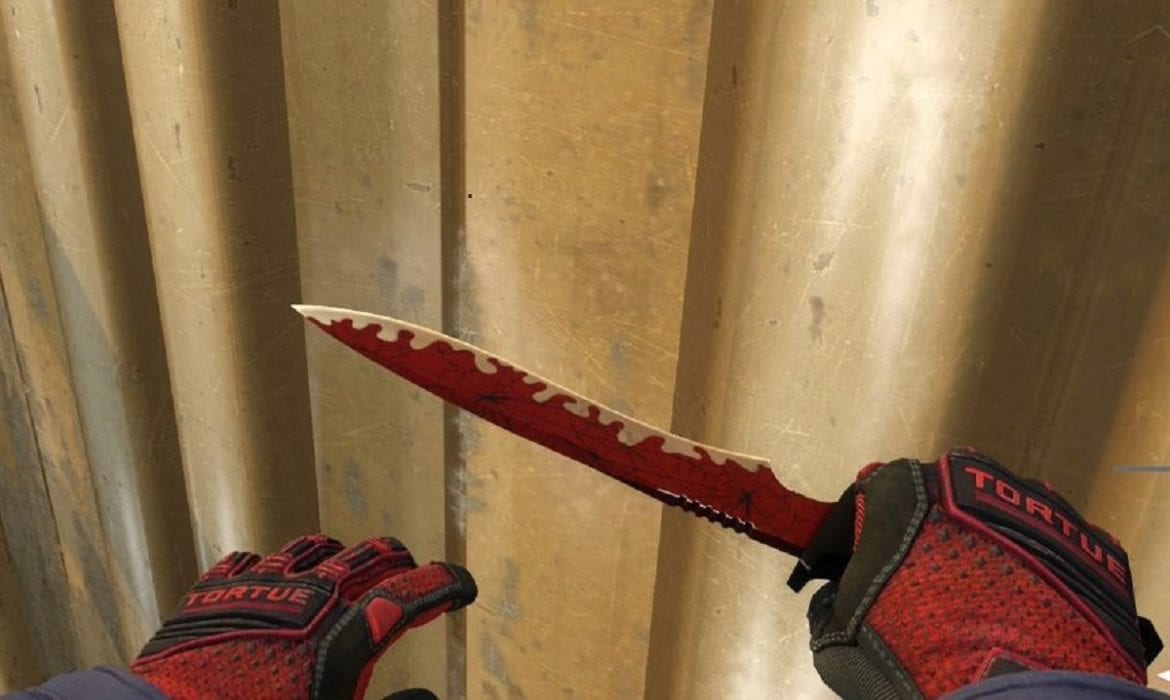 Home » CS GO Knives – Everything You Need to Know

CS GO Knives – Everything You Need to Know

Want to know more about CS GO knives and what makes the rarest of skins so freaking expensive? Here’s everything you need to find out about all CS GO knives, and a deeper look into the rarest ones among them.

Counter-Strike by Valve has been the foundation of FPS games for PC. With an entire generation growing up to its tunes. The team match scenario, fast-paced bomb defusing, and the array of different weaponry to blow through the opponent team are what makes CS such a viral sensation. The release of Counter-Strike: Global Offensive, the game took a steep turn towards creating an in-game economy, based on skins. An “Arms Deal” update in 2013 is what led to the introduction of more than 100 different weapon finishes in the game, commonly known as skins.

The entire collection was broken down based on different maps in CS: GO. These can be acquired by competing on a certain map and clearing objectives. The other way to obtain these limited-edition skins would be by opening up containers. Hopefully getting the crowned jewels of weapon finished are CS GO knives skins. The coolest cats in CS: GO are those who can land the final blow with the silently, and most deadly weapon in the game. Doing it with a knife that rocks a limited edition CSGO skin is a whole new level of bragging right.

Why CS GO Knives so Important in the Game?

No matter what primary and secondary weapon you wield, the melee weapon in CS: GO is set to default as a knife. As you would assume, the knives have the shortest attack range, but end up dealing far more damage than a high-flying bullet would. The backstab multiplier is a specialty of knife wielders, and also brings home the highest earnings to the player ($1500 in competitive mode and $750 in casual mode).

Serious Counter-Strike players have always preferred knife attacks for stealth and speed and allow you to outrun your opponents on the map when you equip it since it is the lightest weapon to carry. Some of the most impressive CS: GO tournament kills are at the blade of CSGO knives, and there are plenty of tricks that you can pull off with the knife weapon, with YouTube being riddled with some of the most entertaining ones.

CSGO knives are possibly the most elaborate category in any FPS you can find online, all divided into 15 different groups. They are Flip Knives, M9 Bayonets, Bayonets, Huntsman Knives, Butterfly Knives Stiletto Knives, Gut Knives, Karambits, Talon Knives, Bowie Knives, Falchion Knives, Shadow Daggers, Ursus Knives, and Navaja Knives. These are just the types of knives, which are further divided on the basis of different weapon finishes.

To start things off, what makes the Doppler skin special in CS: GO is the fact that it is only available for knives and no other weapon. The doppler knives were earlier restricted to just the Butterfly, Huntsman, and Shadow Daggers. You can now claim this exotic CSGO skin for every knife variant. The drop-rate of doppler knives skin is far lower than others. Which of course adds to its rarity, along with the marbled color pattern, divided into the following section:

Opening a case and finding a doppler is a rare occurrence, with the chances of getting a Legendary doppler being less than 10%. But the Ancient doppler takes it all a step further, with just a 1% chance of you hitting the jackpot! Making it a valuable trade item in the game.

The style of the knife and the skin you choose to put on it makes it widely different from each other. However, it does not affect the damage power from a knife attack. Since all knives in the game deliver that same damage. However, the knife is the only close-combat weapon in the game. The knife is capable of landing an instant kill blow to the opponent when attacked from the back.

Armor reduces the damage you can land with a knife attack. However, it cannot prevent lethal damage from a back-stab secondary attack. The knife allows for fast movement speed and can deal fatal damage. Being a quiet weapon, it is the perfect one to handle for stealth kills, and will most likely not be heard by other enemies outside the area.

Most Rare and Expensive CSGO Knives

The curved Karambit is also one of the most popular CS GO knife IRL and suitably so, owning to the killer edge design. However, when you add the ultra-rare doppler Black Pearl finish to it, the knife becomes a commodity that is worth around $1,500 and above.

Possibly the most famous CS GO knife skin that any player would be lucky to own, the M9 Bayonet Crimson Web is a sight to behold. In the early days of its release, this gem of a CS GO weapon sold on the market for a whopping $24,000 and although the demand for it has sloped since then, you will still find it in the thousands if looking for a Factory New condition.

One of the most unique CS GO skins for knives you will ever come across, the Case Hardened Blue Gem Karambit cuts deep with its looks alone. The pattern generated on the Case Hardened variant differs, and almost every pattern generates demand in the thousands, with the super-rare all-blue version of the Karambit once selling for as high as $25,000.

The sleek and slender look of the Butterfly knife is only glorified with the combination of rare doppler skin, especially in Ruby. Some players allege that there less than a dozen of these bad boys in existence, and depending on the wear condition, fetch upwards of $1,000 on the market.

You’ve got to be a fan of the Night series from to get-go, but it is the sharp blade of the M9 Bayonet that stands out in the dark color scheme. Costing somewhere between $750 – $1,500 on the official Steam marketplace, this CS GO rare knife adorns a jet black finish like no other.

The clip-point Falchion blade is fun to swipe around with, but the Mable Fade color skin is what takes it to the next level. The psychedelic color shine marbled on to the silver metallic handle is going to look especially good when you stab it through the opponent for an instant kill.

Designed to be a survival knife with a larger blade, the Bowie knife in CS GO is crafted for heavy use and highlighted for bloody glory with the shades of ultraviolet all over. The spray-painted handle of the knife, with the intricately detailed edges, makes it stand out from the rest.

Sure, all of these fancy colors look good on your CS GO knife! But nothing comes close to the seriousness of a deadly weapon like the Damascus Steel look. The wooden panhandle, combined with the sleek rolled steel blade is a deceptively stealthy weapon to wield and looks good on any turf.

Give your opponent a rustic wound to remember with the coolest Rust Coat knife for a budget of less than $100. Sure, you won’t taste the rainbow with bright marbled colors. But if you’re not that inspired by the colorful glee of games like Fortnite and keep your FPS serious AF, go for the Flip Knife with the Rust Coat skin.

Is Damascus Steel is too out of reach? Then the Navaja Stained knife is the next best metallic effect to spruce up your melee attack with. The traditional marbled handle and white steel blade might be too colorless for some. But it certainly gives you an aesthetic edge in the competition on a budget for around $50 or less.

Combining the essence of a stealth commando of the jungle that blends into its leafy environment. The brutal silence of an assassin is what gets you this budget CS GO knife. The Shadow Daggers lined with the iconic green camouflage on the borders. It not only looks striking but it is a great buy for around $60 or less.

Crimson Web is among the rarest, most sought-after CSGO skin out there. So how do you find a melee weapon that does not cost you an arm and a leg? Sure, the Battle-Scarred version is cheaper for the reason that it is worn out almost to the bone. However, owning one still grants you a reason to show off.

Some players consider the CS: GO knife skins as a form of investment. Since many players buy expensive knives and add them to their collections. The supply of such knives becomes smaller as only a select few are sold on the open market, which means their price increases over time. Regardless of what group of CS: GO players you fit in. It all comes down to whether you think they add value to your overall experience.

Another factor that hugely impacts the price of any CSGO knife skin is the float value. The float value defines the distinct details of knives. It affects characteristics such as the amount of blue shade in the Case Hardened skin or the Spider Web design in the Crimson Web knives. A Case Hardened skin with deeper blue hues will be worth more than the one that barely has any blue in it.

The Best Classes to Make Gold in WoW Shadowlands