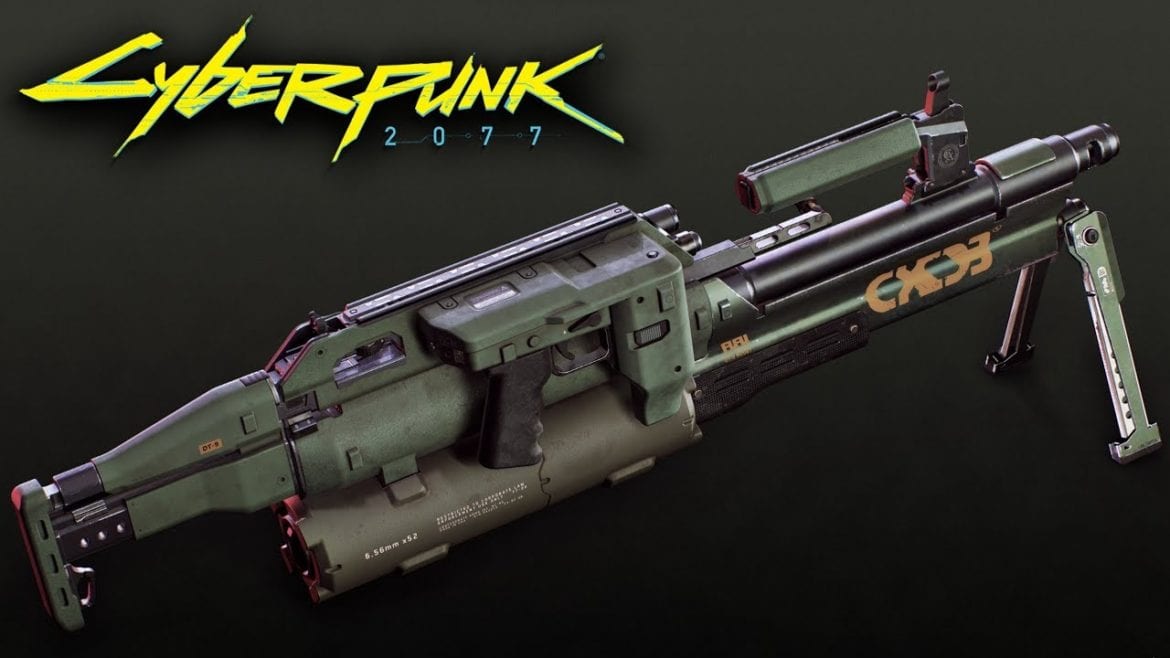 Cyberpunk 2077 release date is almost upon us and while the developers are trying hard to iron out every last detail in an effort to live up to the massive community expectations, we still have a little time to kill before we get our hands on the game, and since we are killing time, let’s take a look at what weapons we can use in Cyberpunk 2077 to kill pretty much anything we desire.

Cyberpunk 2077 has an intricate weapons system, and each weapon belongs to one out of six weapon categories with them being as follows:
-Cyberware
-Melee Weapons
-Power Weapons
-Smart Weapons
-Tech Weapons
-Throwables

This category includes various cybernetic modifications to one’s body. It usually includes weapons and other various utility gadgets built into the user’s body, usually arms and hands. These can range from projectile launchers, to melee weapons such as blades, to utility items such as cables. Cybernetic enhancements are further classified as either offensive or defensive. While the most mentioned here are of the offensive kind, a good defensive example are the armor plates that can be implemented into the user’s body.

This weapons category encompasses close-range weapons such as the thermal katana. Other weapons that fit into this group include various types of knives, blades, and swords such as Kendachi MonoKatana, M-33 powersword, as well as various other weapons such as clubs, axes, naginata, brass Knuckles, sledgehammers, and even the chainsaw. Variations of these items can be further divided into basic and advanced melee weapons.

Weapons in this category are very similar to the weapons we have today but have higher destructive power and their bullets can ricochet multiple times off of different targets and the environment. Power weapons can also fire bullets that can bounce off of different surfaces making them extremely useful in situations when you are pinned down and can’t risk peeking out behind your cover, or when your enemy is pinned and just won’t show his cowardly face.

Weapons of this category have a guiding system built into themselves and will fire projectiles that actively seek out their targets. Extremely useful when your enemies are running away, are hiding behind cover, or in situations where you constantly need to be moving or need to focus on doing something else and can’t spend too much time aiming manually.

Weapons that you throw by hand. In this category, we have a lot of different types of grenades, explosives, and other things that you can throw. They are usually great at clearing up a room fool of enemies in mere seconds, but the downside to them is the fact that you probably won’t be able to carry too many of those at once.

Named Weapons We Know Of

With the categories covered, let’s take a look at a few representatives of some of these categories.

This weapon is an extremely powerful long-range sniper rifle that can pierce through almost anything. Due to its incredible piercing power, weapons such as Tsunami Nekomata can be used to dispatch of heavily armored enemies or get rid of targets who are unaware of your presence by shooting through different objects between you. It can be further modified to suit the specific needs of the individual.

This is a close-range to a mid-range shotgun rifle that has the ability to dismember anyone who is foolish enough to be standing in your way. It’s destruction capabilities are not the only cool thing about this gun. As a member of the power weapons family, bullets shot from Carnage can ricochet which can be used to kill enemies who are well hidden. Carnage can also be modified further.

With Tki-20 Shingen you will have the power to unleash a barrage of bullets at your enemies, and if that doesn’t work, you can always shoot a missile in their face. Both ammo types are able to seek targets on their own due to Tki-20 Shingen being from the smart weapons category, so you will never have to do as much aiming as you would do with most other weapons.

Have you ever wanted to wield a flaming sword around? Let’s face it who hasn’t, well now you can. With thermal katana, you can behead and dismember your opponents, as well as cut through almost anything. There is not much else to say about this weapon, it is so hot, its cool.

Nano filament heated blade
The purest essence of a katana
No add-ons, no modifications, only ripping hot steel

These blades are pretty much a futuristic version of the hidden blade from the Assassin’s Creed franchise. They are a perfect weapon if you wish to eliminate the target quickly and stealthily and walk away without anyone being none the wiser. The weapon derives its name due to the fact that when it is in its extended state, the shape of it resembles the front legs of a mantis. Players can also wield another weapon in their hands while using the mantis blades.

Losing a limb or two is not a problem in 2077 as they can now be replaced with a lot more versatile cybernetic enhancements. These cybernetic limbs are aptly named and will increase the user’s strength and punch. These babies also come equipped with a kinetic energy recovering system. Just imagine so much strength and power in your hands. Pun intended.

This offensive cybernetic arm modification is pretty self-explanatory. It will allow the user to fire projectiles out of their forearms giving the user incredible firepower. Great for dispatching vehicles or quickly getting rid of a larger group of enemies. One thing is for sure, they will always go out with a bang.

Regardless of what you think what weapon or cyberware you may be interested in you are going to have plenty of options. If there is anything that we know about Cyberpunk right now is that you are going to have all the choices your little cybernetic heart can handle. We are pumped for this game and ready to try and all modification and weapon combos we possibly can! Happy Building!