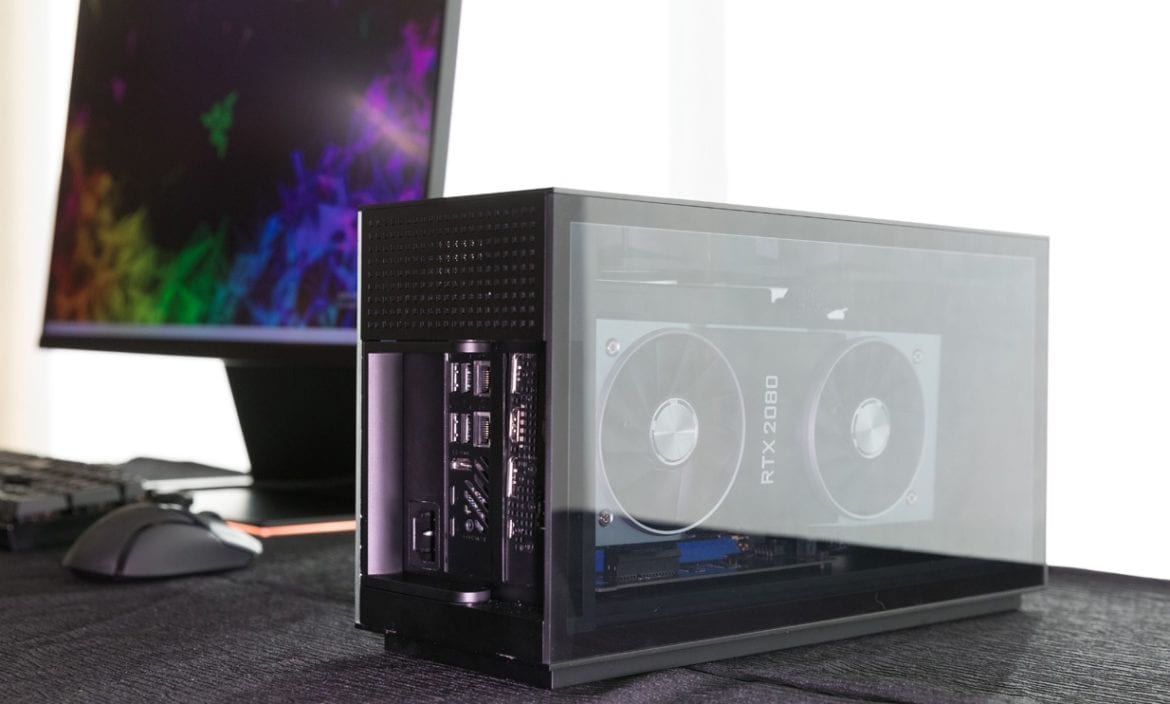 The next generation of gaming PC is what you’re going to need to keep up with the brewing console war. Here’s our curated buying guide to picking one of the best prebuilt gaming computers from the top names in the business.

As the holiday season comes closer, the gaming industry is bracing for impact with the release of Microsoft Xbox Series X and Sony PlayStation 5. While console gaming makes up a sizable chunk of the industry, there’s no question that PC gaming trumps it all. Whether you’re comparing 4K UHD gaming at 144Hz refresh rate from NVIDIA and Radeon GPUs, or the unrivaled processing power of the latest generation Intel and AMD CPUs, a gaming computer does more than a console ever could.

However, whenever the discussion of a gaming PC comes up, its always about building your own gaming PC. While the tech-savvy gamers among you fawn over the idea of building a PC, it can seem like a mammoth task to those whose technical expertise ends at screwing a lightbulb. There’s so much noise around building custom PCs, that prebuilt gaming computers get lost in the mix. All the big names in the business such as Dell, HP, Asus, and even custom PC brands like Origin PC, Corsair, and Skytech have some of the most high-powered gaming machines ready for you to plug and play.

Even if you hope to build your own PC one day, starting off with a prebuilt gaming PC can be a stepping stone to it. The modular nature of a gaming computer allows you to swap out older and outdates parts for the state-of-the-art hardware. We’ve boiled it down into three different price ranges, so you can pick one that fits well within your budget.

The flagship gaming wing of Dell, Alienware is the holy grail of gaming laptops and computers, and the Aurora R11 sits at the top of it all. Built like a futuristic spaceship and priced the same too, the gaming machine is packed with powerful performance, capable of taking on every current-generation title in 4K UHD resolution. The central loop is lit up by the iconic AlienFX system for dynamic color versatility while serving as a new age cooling vent.

A brand that has risen through the ranks based on sheer support from the gaming community, Skytech Omega is their maxed-out offering. The internals is lit up like Christmas with quad-RGB fans, which help you take a look at the impressive hardware, along with AIO Liquid Cooling to keep the gaming computer humming smoothly even under maximum pressure.

Always looking to stand out of the pack, MSI MPG Trident 3 gaming computer is disguised as slim console that puts the Xbox and PlayStation to shame. From the smart port design on the front for easy peripheral input, to the sharp corners which is lit like the Eye of Sauron, the MSI MPG Trident 3 will satiate your hunger for gaming, and look pretty good while doing it.

The Chinese tech giant has launched its own series of gaming computers under the Legion brand, and the C730 is a beast that defines the compact gaming PC era. Skillfully crammed into a cube, you get a processor that is capable of being overclocked to 4.9GHz for an ungodly amount of performance, paired with an 8GB GDDR6 GPU to rock your world to its core.

The Republic of Gamers will always have an honorable mention in the gaming community, and Asus proves with the ROG Strix that you can enjoy superior gaming on a budget. A meticulously designed chassis gives a good look at the internals while maintaining Flow Tech ventilation. The combination of Asus Aura Sync RGB on the chassis, and an array of I/O peripherals at the front make the ROG Strix an affordable monster PC.

Another fine offering from SkyTech is the Shadow Gaming PC, while hosts an Intel i5 processor to cut back on the cost, paired with the upper-mid powered NVIDIA GPU. The futuristic front panel is glamoured by the full-view glass chassis, offer a look at the insides, brightened by RGB cooling fans all around.

Another fan-favorite when it comes to affordable gaming computers, the Cyberpower PC Gamer Xtreme is a beast with tri-halo RGB glow at the front, matches by an RGB cooling fan to offer a spectacular look. The humble, yet fairly capable hardware will get you through most games in 1080p with ease, and you can easily swap out hardware over time to boost the performance.

The more dough you’re willing to put on the table, the higher specs sheet you can expect when buying a gaming computer. But the reason we’re fans of the iBUYPOWER Pro is the combination of stellar hardware, a visually appealing chassis, and a tempting price tag. While the processor is one generation old, you still get a flaming clock speed of 4.7GHz, and a whopping 6GB DDR6 GPU that can effortlessly run games on 4K under medium-high settings, while blasting through 1080p Full-HD resolution on the highest settings.

There is a certain amount of simplicity that comes with gaming consoles and the plug-and-play format they uphold. But why invest hundreds of dollars into a machine when you can get a gaming PC that does much more? Albeit a gaming console is far more affordable than the gaming PCs above, but they don’t serve a dual purpose. Freedom from online multiplayer service fee, a better gaming experience, and meaty hardware is what a gaming PC bring to the table.

Picking up a prebuilt gaming PC takes the guesswork out, saves you effort, and even money in some instances. Do share your thoughts on which of these best gaming PCs is worthy of becoming your pride and joy.

How to Earn Bitcoins by Playing Video Games...

Why Gamers Are So Obsessed With Cryptocurrencies

The Connection Between the Gaming Industry and Cryptocurrencies