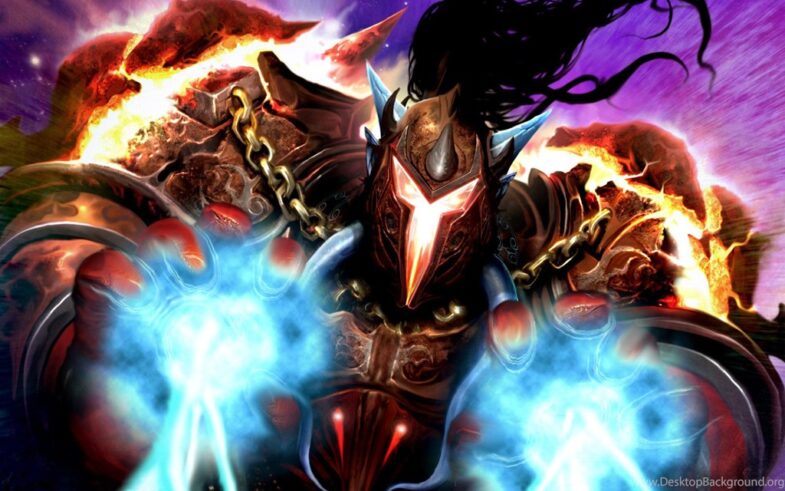 If you’re a main Shaman in WoW Shadowlands, here you will find the right Legendaries for your class! In this post, we will list the best WoW Shadowlands Legendaries for the Shaman class and all of its specializations – Elemental, Enhancement, and Restoration. We will explain to you how these Legendaries work and how you should use them for maximum efficiency. We will first cover the topic in general, then delve into more and more details.

Shamans are in a great spot in World of Warcraft: Shadowlands. Elemental recently received a bunch of buffs to its main damaging abilities. Now with the new [Lightning Bolt] and [Chain Lightning], Shaman can perform very well in all instances. Enhancement has incredible synergy with its primary covenant choice (Venthyr) and its Legendaries. And Restoration is an S-tier healer in Shadowlands, considered to be the very best choice here. So hopefully, by the end of this guide, we will convince you to pick up this class and try it out at the least!

Now let’s learn more about Legendaries in WoW Shadowlands and how to get one for your Shaman character!

If you’re a new player in WoW Shadowlands, or a returning one, chances are that you don’t know everything about the Legendary system. You may have heard of “crafting Legendaries”, but we’re here to explain to you how things work.

So the big question is: What are Legendary Items in Shadowlands?

Legendary Items in Shadowlands are a special type of items that you can collect, craft, and equipt. Every class has its own unique Legendary Powers, available for all specializations. But it also has Legendaries only for one spec. On top of that, there are a couple of general Legendary Items in Shadowlands that every character can get, regardless of the class or spec. However, they aren’t brilliant enough in any type of content. So it’s better to stick to the Legendary choices for your class.

The Shadowlands Legendaries for Shaman, as well as all other classes, require four different things in order to create them. Those are Legendary Memories, Missives, Base Items, and Soul Ash. Memories are the actual Legendary effects and can be looted from raid bosses, PvP, or quests. Missives and Base Items can be crafted or bought at the AH. And the currency Soul Ash can only be farmed by playing Torghast, Tower of the Damned.

The next important question is: Can you upgrade Legendaries in Shadowlands?

Yes! Every Legendary Item has 4 ranks, each of which increases its base stats and item level. Every upgrade requires double the amount of Soul Ash, so you’re kind of time-gated when it comes to this.

The Best General Legendaries for Shaman

In this section, we will talk about which general Shaman Legendaries you should consider in Shadowlands. As we mentioned above, these are the Legendary Powers that you can use in any of the three specializations. The great thing about them is that they’re viable no matter which spec you play and you can use them in multiple ways.

Keep in mind that as new updates and patches roll around, things may change with the current best choices. And so some of these general ones may become the bis Shadowlands Legendaries for Shaman!

Chains of Devastation is the first among the Shadowlands Legendaries for Shaman that we want to discuss. It is an incredibly powerful choice, but it only works if you like this particular playstyle. Chains of Devastation requires you to cast [Chain Heal] in order to do more damage with [Chain Lightning] and vice versa. And this makes for a very interesting “supportive” gameplay. However, including the casting of [Chain Heal] in your Elemental or Enhancement rotation is a bit problematic. But if you’re a Restoration Shaman, this is a God-sent Legendary!

Deeptremor Stone is another fantastic Legendary if you’re playing all three Shaman specialization. Just keep in mind that this Legendary won’t transform your Earth Emmental into a Primal Earth Elemental, like the Elemental Shaman talent [Primal Elementalist]. This also means that you won’t be able to control your Elemental like a pet if you’re Restoration or Enhancement. However, the attached [Earthquake] does a lot of damage, especially if you’re fighting for the whole duration of 1 minute. Great for both raiding and mythic plus.

When talking about utility, Ancestral Reminder is one of the best Shadowlands Legendaries for Shaman. Instead of the initial 40 seconds duration of [Heroism] / [Bloodlust], you will get a full minute. Additionally, you get an extra 10% Haste. This gives you an extremely powerful window when you can dump all your damage and healing. The only downside is that you often depend on other players to use your [Heroism] / [Bloodlust] ability.

Windspeaker’s Lava Resurgence: When you cast Earth Shock, gain Lava Surge and increase the damage of your next Lava Burst by 20%.
Runecarve on: Feet, Back
Source: Quest: World Boss Drop: Valinor, the Light of Eons

Ever since the start of the expansion, Windspeaker’s Lava Resurgence has been the best among the Shadowlands Legendaries for Shaman. This a very simple but powerful effect tied to your [Earth Shock] and [Lava Burst]. Aside from [Lightning Bolt], these two spells are the highest damaging tools in your kit. Windspeaker’s Lava Resurgence has very good synergy with the Necrolord covenant spell [Primordial Wave] and fits perfectly into the regular Elemental Shaman rotation. That’s why it’s the go-to Legendary Item for both raiding and PvP.

The Best Alternative Choices of Shadowlands Legendaries for Elemental Shaman

One of the biggest damage boosters to Elemental Shaman is the [Fire Elemental] in combination with [Primal Elementalist]. Well, the Skybreaker’s Fiery Demise Legendary effect gives you a higher uptime on your Fire Elemental through the usage of [Flame Shock]. Normally, you have Flame Shock up 100% of the time, so passively lowering one of your major cooldowns is very welcomed. A great choice for raiding!

And Echoes of Great Sundering is the best among the mythic plus Legendaries for Elemental Shaman in Shadowlands. Similar to the Windspeaker’s Lava Resurgence effect, your [Earth Shock] here buffs your next [Earthquake]. This means that you will have to spend your first 60 Maelstrom on Earth Shock each pull. then Earthquake. It might sound like a chore, but the 125% damage increase really makes an enormous difference in a dungeon.

Doom Winds: Dropping Windfury Totem grants you 100% chance to gain Windfury Weapon and increases Windfury Weapon damage by 25% for 12 sec. This can only occur once every 1 min.
Runecarve on: Head, Waist
Source: Dungeon Drop: Devos, Paragon of Doubt

If you’re looking for the best performance results of your Enhancement Shaman character, then Doom Winds is the Legendary to go for. It gives your [Windfury Totem] a 1-minute cooldown, but it also opens a massive 12-seconds power window. During this period, you gain a heavy damage boost on your Windfury attacks. Basically, whenever you drop your Doom Winds totem, you will easily top the DPS charts. It’s also the best choice among the PvP Shadowlands Legendaries for Enhancement Shaman.

The Best Alternative Choices of Shadowlands Legendaries for Enhancement Shaman

Witch Doctor’s Wolf Bones is a nice Legendary Item that increases your uptime on your [Feral Spirits]. Of course, your wolves aren’t the biggest DPS boosters. But in combination with the [Elemental Spirits] talent, this Legendary can compete for the number one spot. It’s definitely a very interesting playstyle where you almost always have your spirit wolves up and fighting alongside. Also, the damage on a single target is very high and sustained.

Legacy of the Frost Witch: Consuming 5 stacks of Maelstrom Weapon will reset the cooldown of Stormstrike and cause your next Stormstrike to deal 30% increased damage.
Runecarve on: Neck, Wrist
Source: Drop: Torghast, Tower of the Damned. Coldheart Interstitia, Lyer 3+

Legacy of the Frost Witch speeds things a bit in your rotation. It revolves around using your [Stormstrike] only while having 5 stacks of Maelstrom. It resets [Stormstrike] and buffs its damage, so you essentially use it 2-3 times in a row. This is kind of similar playstyle to BFA, where you focus on spamming only one button. Legacy of the Frost Witch provides nice damage, but not as high as the other two choices.

Primal Tide Core: Every 4 casts of Riptide also applies Riptide to another friendly target near your Riptide target.
Runecarve on: Head, Hands
Source: Drop: Torghast, Tower of the Damned. The Soulforges, Layer 3+

Of all the available Shadowlands Legendaries for Resto Shaman, the best one by far is Primal Tide Core. This Legendary helps you spread [Riptide] on many more targets than previously. Of course, [Riptide] is one of your main healing abilities. And Primal Tide Core, especially combined with [Primordial Wave], will give you an insane AoE healing through HoTs. It makes your Riptide similar to the Monk’s [Renewing Mist] and even the Druid’s [Rejuvenation].

The Best Alternative Choices of Shadowlands Legendaries for Resto Shaman

Aside from raiding, the best Shadowlands Legendary for Resto Shaman in mythic plus is Spiritwalker’s Tidal Totem. Here you need to focus more on hard-casting and less on spreading your Riptide. So, this Legendary will help you pump out much more healing in a concentrated window of 10 seconds after using your [Mana Tide Totem]. In Shadowlands, this ability is a very powerful cooldown, so this Legendary has a very good potential.

Earthen Harmony: Earth Shield healing is increased by 150% if your Earth Shield target is below 75% health, and Healing Wave adds a stack of Earth Shield to your target, up to 9 maximum stacks..
Runecarve on: Chest, Back
Source: Dungeon Drop: General Kaal

And Earthen Harmony is the best PvP Shadowlands Legendary Item for Resto Shaman. It substantially buffs your [Earth Shield] and the healing is greatly increased. This gives Shamans the ability to not worry too much about their shielded target in arena. And the greatest part about it is that every [Healing Wave] brings the existing [Earth Shield] back to 9 stacks. Very powerful and very easy to utilize.

The Shaman class is a blast to play in Shadowlands. After such a long time, all three specs are nearly top tier in more than one types of content. And now it’s the perfect time to pick up this class if you haven’t already! Craft these Legendaries to rise the ladder and become the best Shaman in WoW that you can be!

Additionally, if you’re looking to make gold in World of Warcraft, visit our WoW page. There you will find guides on how to generate gold with every profession in the game. Click on this link to read more!