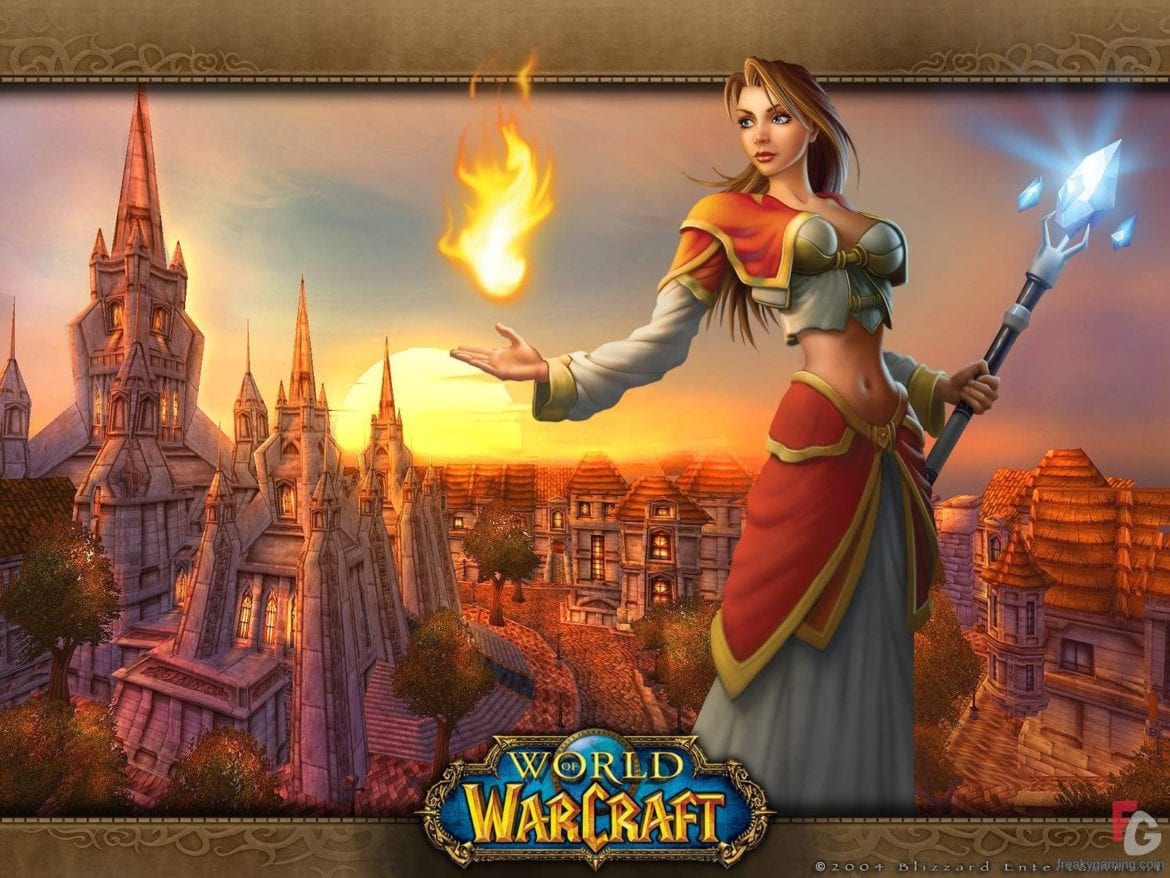 Greetings! This post will highlight the best Shadowlands Legendaries for the Mage class. We will talk about every individual specialization and which Legendary Items are performing the best right now. We will also give you alternative options of some of the Shadowlands Mage Legendaries that do extremely well in particular situations. And by the end of this guide, you’ll know which Legendary Items to craft first for your Mage and which ones to avoid.

The choice between the best Shadowlands Legendaries for Mage is tough. There is a good deal of diversity between the offered playstyles. And it’s true that all three specializations can top the DPS charts with more than one build. However, there are clear winners between the Mage Legendaries in terms of numbers and performance. Let’s check them all in detail and explain how you should use them to your advantage!

The Best Legendary Items for Mages

But before we delve deep into each of the Mage’s specializations, we need to talk about the general Shadowlands Legendaries for this class. Truthfully, Mage is perhaps the strongest class in Shadowlands and is viable in every aspect of the game. In both PvE environments, raiding and mythic plus, Mage can carry in all three specs. And in PvP, Mages are currently unkillable! Let’s explore why!

Disciplinary Command: Casting a Frost, Fire, and Arcane spell within 10 sec of each other increases your Critical Strike damage of all your spells by 20%. This effect can only occur once every 30 sec.
Runecarve on: Wrist, Finger
Source: Dungeon Drop: Mistcaller

The reason why we put Disciplinary Command as one of the best Legendaries for all three Mage specs in Shadowlands is because of its power and viability. You see, no matter if you’re Arcane, Frost, or Fire Mage, you can get a lot of value out of it.

Whenever you cast a spell from a different school of your current specialization, you will get a 20% Crit chance on all spells for 20 seconds. This effect has only a 30-second cooldown, which is considered pretty short. Disciplinary Command is obviously great in all situations. Not to mention that you can collect it right away from Mists of Scirna Tithe.

Triune Ward still stands as one of the best, if not the best, Shadowlands Legendaries for Mage in PvP. At the beginning of the expansion, the shield value of this Legendary Item was at 80%. And even though it got nerfed to 65%, it’s still performing incredibly well on the PvP ladder.

The way you utilize Triune Ward is very simple. Any time you use the barrier in your current specialization, the Legendary will randomly grant you a barrier from one of the two other specializations. However, since the barrier has only a 25-second cooldown but lasts for 1 minute, you can essentially put up to three shields on you at the same time. This is what makes Mages unkillable Gods in WoW Shadowlands!

Fire continued to be the best Mage specialization in WoW Shadowlands, and it’s even more powerful than in Battle for Azeroth. The covenant system played a big part in this, especially if you have chosen Night Fae as your home for this expansion. The addition abilities like [Shifting Power] and [Mirrors of Torment] made Mages incredibly potent. Being able to almost reset your most important cooldown is something only this class can do! But, these spells won’t be so significant without the Mage Shadowlands Legendaries!

Disciplinary Command: Casting a Frost, Fire, and Arcane spell within 10 sec of each other increases your Critical Strike damage of all your spells by 20%. This effect can only occur once every 30 sec.
Runecarve on: Wrist, Finger
Source: Dungeon Drop: Mistcaller

Fire is a specialization deeply dependent on Critical Strike. And any buff to this stat significantly improves the damage of the Fire Mages. So, Disciplinary Command comes in very handy, especially when you’ve wasted all of your cooldowns. Simply cast [Frostbolt], [Frost Nova], or [Arcane Explosion] to activate it. Two of these spells are instant, so you don’t have to lose much time doing it. You should use Disciplinary Command on cooldown.

The Best Alternative Choices of Shadowlands Legendaries for Fire Mage

Fevered Incantation is the second-best performing among the Fire Mage Shadowlands Legendaries. It’s a passive effect that builds up your Critical Strike damage up to 15%. You can easily max it up during [Combustion], so it’s very easy to use.

Firestorm: When Hot Streak activates, you have a low chance to cause all Pyroblasts and Flamestrikes to have no cast time and be guaranteed critical strikes for 4 sec. Approximately 1.66 procs per minute.
Runecarve on: Shoulder, Finger
Source: Dungeon Drop: Lord Chamberlain

Firestorm can be a very fun choice, but it’s not too reliable. Its effect is basically a “mini” [Combustion], but it only lasts for 4 seconds. It usually procs 1-2 times per minute. So, you’re at your own risk! However, Firestorm can be a great choice for things like soloing Torghast!

Arcane, the underdog Mage specialization. And although Fire has all the spotlight right now, Arcane has been secretly performing incredibly well on this patch. Both of its single target and AoE damage is ramping high and it has tons of utilities in raids, mythic plus, and PvP. The only downside to this spec is that you actually spend mana. Most people are turned off by the idea of managing their own mana. However, those who can do this successfully know that Arcane has amazing sustained damage and deadly burst windows.

Arcane Bombardment is in our choice the best among the Shadowlands Legendaries for Arcane Mages. While it’s not the most interesting addition, its power is too much to give away. You essentially won’t get any value out of it on targets above 35% Health.

The Best Alternative Choices of Shadowlands Legendaries for Arcane Mage

Arcane Harmony: Each time Arcane Missiles hits an enemy, the damage of your next Arcane Barrage is increased by 8%. This effect stacks up to 18 times.
Runecarve on: Shoulder, Hands
Source: Dungeon Drop: The Manastorms

Arcane Harmony is quite similar to Arcane Bombardment. The idea here is to use [Arcane Missles] a couple of times before you unleash your big [Arcane Barrage]. You essentially get a 144% damage buff if you go up to 18 stacks, which is even higher than Arcane Bombardment. The great thing about this Legendary is that you can use it regardless if the target is on low HP or not. Blizzard recently buffed this effect, so Arcane Harmony is now one of the best Shadowlands Legenadaries for Arcane Mage.

Temporal Warp: While you have Temporal Displacement or other similar effects, you may use Time Warp to grant yourself 30% Haste for 40 sec.
Runecarve on: Chest, Finger
Source: Drop: Torghast, Tower of the Damned. The Upper Reaches, Layer 3+

Temporal Warp is a Legendary centered around raiding. The way it works is that someone has to use an ability like [Time Warp] or [Bloodlust] first. Then, you can activate your own [Time Warp] to double the Haste value. As a result, you’ll get a massively potent window of 60% Haste for 40% seconds.

Frost started out as the weakest Mage specialization in World of Warcraft: Shadowlands. However, Blizzard added a number of damage buffs, bringing the spec into the meta. Frost is quite different than both Fire and Arcane. It also depends on procs, but because you spend more time hard-casting, you need tools to help you out. So, these are the best Shadowlands Legendaries for Frost Mage.

Slick Ice: While Icy Veins is active, each Frostbolt you cast reduces the cast time of Frostbolt by 2% and increases its damage by 2%, stacking up to 10 times.
Runecarve on: Waist, Legs
Source: Drop: Torghast, Tower of the Damned. Mort’regar, Layer 3+

Slick Ice is the best Frost Legendary Item for raiding. It significantly lowers the cooldown of your [Frostbolt] during [Icy Veins]. More [Frostbolts] equal more [Brain Freeze] and [Fingers of Frost], which is your main damage output on a single target. In AoE, this Legendary isn’t as good.

The Best Alternative Choices of Shadowlands Legendaries for Frost Mage

Glacial Fragments: Ice Lance has a 20% chance to explode into shards of ice when it hits a target, dealing (40% of Spell power) Frost damage to up to 5 enemies near your target. This chance is increased to 100% if your target is standing in a Blizzard.
Runecarve on: Legs, Back
Source: Drop: Torghast, Tower of the Damned. Coldheart Interstitia, Layer 3+

Glacial Fragments is the best AoE Shadowlands Legendary for Frost Mage. It synergizes extremely well with your talents, such as [Splitting Ice] and [Chain Reaction]. Glacial Fragments can hit up to 5 enemies, but it does take a bit of work. Because, to get the biggest value out of it, you’ll also need to cast [Blizzard] on your targets.

And Freezing Winds is the last Legendary effect you should consider here. It makes it so you can spam [Ice Lance] during [Frozen Orb] without having to wait for a proc. Freezing Winds is good for both AoE and single target fights.

Which Mage is Currently the Best?

If you aren’t sure if Mages are good in Shadowlands, believe us, you have nothing to worry about. As mentioned above, all three Mage specializations are currently in meta and considered powerful.

However, Fire still ranks the highest of all three. It is the best Mage spec to go for if you care about numbers and performance. It’s also tons of fun because of the fast and bursty playstyle. So, we recommend it as well!

What are Legendary Items?

WoW Shadowlands Legendaries are special types of items in WoW that grant unique effects to your class or spec. They usually grant you passive power buffs, but some can completely change your playstyle. And as opposed to the past, Legendaries are now craftable.

In Shadowlands, each player collects Legendary Powers by completing content in the game. And once you have a Legendary Power in your inventory, you can turn it into a Legendary Item. For that, you’ll need Soul Ash, Missive, and a base item. Click here to learn how to craft WoW Shadowlands Legendaries right away!

A big part of the Legendary system this expansion is also Torghast, the Tower of the Damned. This is a unique PvE piece of content that can be completed either solo or in a party. It changes every time you access it, so it’s the experience can be very diverse. Torghast grants Soul Ash, which is a necessary currency for crafting any Legendary Item in Shadowlands. Each class has a different approach to defeating Torghast. To learn more about Torghast, the Tower of the Damned, follow this link!

For the best performance with every Mage specialization, craft these Legendaries:

Interested in what we think of Exile’s Reach? Read our review!