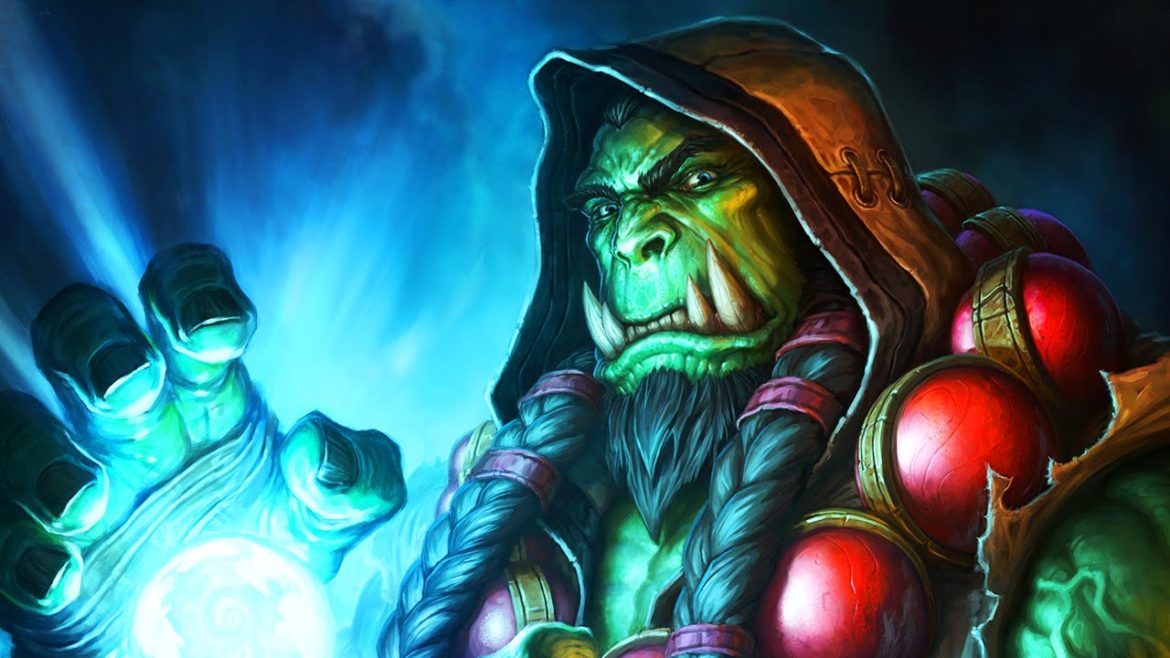 For many years now, Shaman has been considered the most unique class in World of Warcraft. Many arguments support this claim but anyone can see why this is the case. First of all, Shaman is the only class in the game that can use lightning, lava, rocks, and rain to damage enemies or heal allies. Hence the Shaman transmog sets that resemble all aspects of nature. But that’s not everything!

Even at the start of WoW, when the Shaman class was limited to the Horde faction only, Blizzard took special care when designing their armor. Sets like The Ten Storms, which features two storm wolves on the shoulder pads, are simply unparalleled. In fact, they are so unique that only a handful of players have them now as transmogs.

But you don’t have to be an elite Shaman or a veteran player to have a good transmog for your character. Here we’ve made a list of the top 15 transmogs sets for the Shaman class, including both PvP and PvE examples. Some of this gear is easier to obtain than others, but all the sets can be farmed in one way or another.

If you’re just starting out in Shadowlands and have no idea how the transmogrification system works, then believe us, it’s very easy. Once you have all of the item pieces from one armor set, you can visit a transmogrification NPC in any major city to change your gear’s appearance. Or you can combine pieces from multiple sets to create a one-of-a-kind look.

Even before Shadowlands officially came out, many Shaman players were annoyed because they couldn’t join the only covenant that thematically fits their class – Night Fae. And while most Shamans are now Necrolords, the Runewarden’s Guise is still the best armor set from all the covenants.

The Runwarden’s Guise is the official outfit of all Protectors of the Grove in Ardenweald. You can spot many NPCs wearing this armor set around the Heart of the Forest. And having it as a transmog is simply amazing, especially if you care about the lore of your class. It’s worth noting that only Shamans and Hunters can wear this outfit.

Back in Wrath of the Lich King, Shamans became the kings for the first time. Blizzard solved many of the class’s weak points from vanilla and Burning Crusade and buffed all three specializations. As a result, elite Shaman players could battle their way to glory and earn the Wrathful Gladiator’s Ringmail Armor.

At the time, this armor set was the BiS gear for this class. But it was also visually stunning, with natural colors and rotating gems on each shoulder. The crown was very stylish as well, so everybody wanted to have it, especially PvP players.

But before the Wrathful Gladiator set was released, the Relentless Gladiator’s Ringmail Armor was the most important outfit for Shamans in Wrath of the Lich King. We rank it higher on our list because it strikes harder with its bright blue gems and elegant red garbs. Both the head slot and the shoulder piece are glowing crystals and are easily recognizable.

All in all, it’s clear that the Relentless Gladiator set inspired the Wrathful one. Nowadays, both of these sets can be purchased from the PvP vendors in Dalaran, Northrend, for 12 Marks of Honor each. But that’s a small price to pay for such amazing transmog sets for Shaman!

If you ask a Shaman player about what exactly he or she likes to transmog, the answer will probably be lava. Well, the Regalia of Shackled Elements is a nice armor that features molten lava all over it. The most noticeable parts are the shoulder, which constantly emanates fire. But the helmet is also amazing in the fact that converts the character’s eyes into two blazing slits. And the infernal horns are just a bonus!

If you’d like to have this transmog set for your Shaman character, then you’ll have to farm both the Nitghthold and the Emerald Nightmare raids. You can’t easily solo them on Mythic difficulty, but you can run them with a party. The item pieces drop from various bosses, so it’s best to defeat them all.

Shamans are unique in the fact that they’re the only class in World of Warcraft that can transform into a ghost wolves. Lore-wise, the Shaman class is deeply connected with the animal spirits and wolves in particular, so having the set that resembles them is simply awesome.

The Grievous Gladiator’s Ringmail Armor has a wolf head and fur. The whole set blends into a natural green color and is done fantastically well. It’s definitely wild and ferocious in appearance, but that’s exactly what Shamans are like in their hearts.

The Grievous Gladiator set can be purchased for 12 Marks of Honor from the PvP vendors in Pandaria and is one of the best Shaman transmog sets!

Shamans in Wrath of the Lich King weren’t exceptional in PvP only. In fact, they had the highest burst in the game on top of extreme haste and casting speed. So they were highly demanded in every raid, especially in Icecrown Citadel.

The official ICC gear for Shamans was the Frost Witch’s Regalia. This is one of the most distinguishing armors that we’ve seen for this class. It’s very mysterious, with a large skull for a headpiece and two spectral wolves that occasionally appear on shoulders. The heroic version is dipped in red, but you also have a blue and a green version if you decide to farm the set on different difficulties.

For a class that’s so deeply in touch with the natural world, Shamans don’t have too many transmogs sets that resemble forests and trees. For example, every other armor set that Druids have is adorned with leaves and roots. But for Shamans that’s rare!

However, the Tyrannical Gladiator’s Ringmail Armor is one of those unique trasnmog sets that bring Shamans aesthetically closer to Druids. First of all, it’s a very large armor gear. And second, it’s the only outfit that features roots all over it.

Keep in mind that the Alliance version is slightly bluer than the Horde one, which is obviously red. But both can be obtained from the Gladiator vendors in Pandaria.

Firelands was the raid that took us to the elemental plane of fire on Azeroth. And since Shamans are the only playable characters close to the element of fire, they got the most glorious set from there – Volcanic Regalia. What you see here is the Heroic version of the set, which is entirely in dark volcanic red. But the Normal version is a bit lighter, resembling natural orange fire.

One of the best things about this set is the headpiece. It’s an actual ring of fire that floats on top of the player’s character. It’s constantly in combustion, so a very nice cosmetic item as well.

The Volcanic Regalia is one of the most thematic Shaman transmog sets in the game. It comes from a raid that also drops two fire mounts which perfectly fits the set. So you better start farming it soon!

Aside from fire, the air is another element close to Shamans. By now, we’ve only seen one armor set that’s exclusively made with wind and that’s the Windspeaker’s Regalia. It comes from the Blackrock Foundry raid and the image shows the Heroic version. The Normal has the same design but different color schemes. However, the Mythic version swaps the wind with storms and lightning, so it’s not exactly fit for a Windspeaker.

Obviously, the shoulder pads on this set are incredible. Two tornados are constantly spinning as you move your character, representing the swiftness of this class. It matches enhancement Shamans the most, but you can use it on your elemental and restoration Shaman as well.

6. Regalia of the Witch Doctor

Ever since the Warcraft RPG games, witch doctors have been a part of the Horde and the shamanic communities. And the Throne of Thunder raid in World of Warcraft gave us their official outfit. And since witch doctors are basically Shamans, Shamans can dress up as witch doctors!

One thing that distinguishes the Regalia of the Witch Doctor set is imperial armor design. Both the shoulder pads and the headpiece feature raging metallic wolf heads. The entire theme gives this set a sense of authority, which definitely fits the Shaman class. The Heroic version of the set is a bit different, with more green coloring overall.

As we mentioned in our introduction, The Ten Storms armor is one of the most unique Shaman transmog sets in WoW. And one look at it is enough to tell you why that is the case. It’s surprisingly gorgeous for the time it was introduced since Blackwing Lair was the second raid in vanilla. But it’s one of the most beautiful outfits in the game,

The main elements of this set are wolve’s heads. You can spot them everywhere; from the shoulder pieces to the helm and the tunic. They symbolize the Shaman’s spirit and the unbound nature of his being. The Ten Storms set goes well with many transmog weapons, especially bright ones.

4. Regalia of the Firebird

The Heart of Fear raid in Mists of Pandaria gave many classes new and interesting outfits. And Shamans received the Regalia of the Firebird, the first set that gave this class feathers and other bird features. And it’s beautiful in all of its glory!

What’s best about this set is that it’s available in three distinct colors. Here we’ve shown the Normal version, which is obviously fiery. But the Raid Finder version is completely green, with emerald glowing feathers. And we have the same case in the Heroic version, which is blue instead of green.

3. Garb of the Venerated Spirits

Antorus, the Burning Throne was not only the last raid in the Legion expansion but also the last time we saw tier sets for each class. Well, Blizzard made sure to give every class an exceptional set, but the Shamans got one of the best.

Garb of the Venerated Spirits is such a popular outfit that’s one of the most popular Shaman transmog sets. nowadays. The whole theme is so shamanic that all Shaman players, regardless of their main specialization, wear it constantly. The large tusks, the golden mask, and the glowing feathers – everything speaks of the very idea of being a Shaman. And we love it!

Vengeful Gladiator’s Ringmail Armor is one of the most iconic Shaman transmog sets. This is perhaps the most used outfit for Shamans worldwide, so it has to be high on our list as well.

What strikes the most with this set is the design of the shoulders. The spikes are wild and twisted, resembling the bolts of lightning that the class can cast. Plus, actual lightning bolts spawn on top of the shoulder pieces occasionally which is just perfect for this class.

You can easily obtain this set by purchasing it from the PvP vendors in Netherstorm.

1. Regalia of the Skybreaker

And the number one transmog set for the Shaman class is Regalia of the Skybreaker. Many players know this outfit as the most legendary one. At first glance, it looks very similar to the Vengeful Gladiator set, but its history is a bit different.

You see, with Tomb of Sargeras, Blizzard redesigned the tier sets from the Black Temple raid. All classes from that time received an upgraded version of their BT outfits. And for Shamans, the Regalia of the Skybreaker set was the glorious rework of the original idea.

Not only is the Mythic version in HD, but it’s also lighter, grander, and looks more intimidating. The lightning bolts on the shoulder are still there, but they’re much more fierce than before. So we highly recommend you to solo Tomb of Sargeras and farm the Regalia of the Skybreaker for your Shaman character.

And those are the top 15 transmog sets for Shamans!