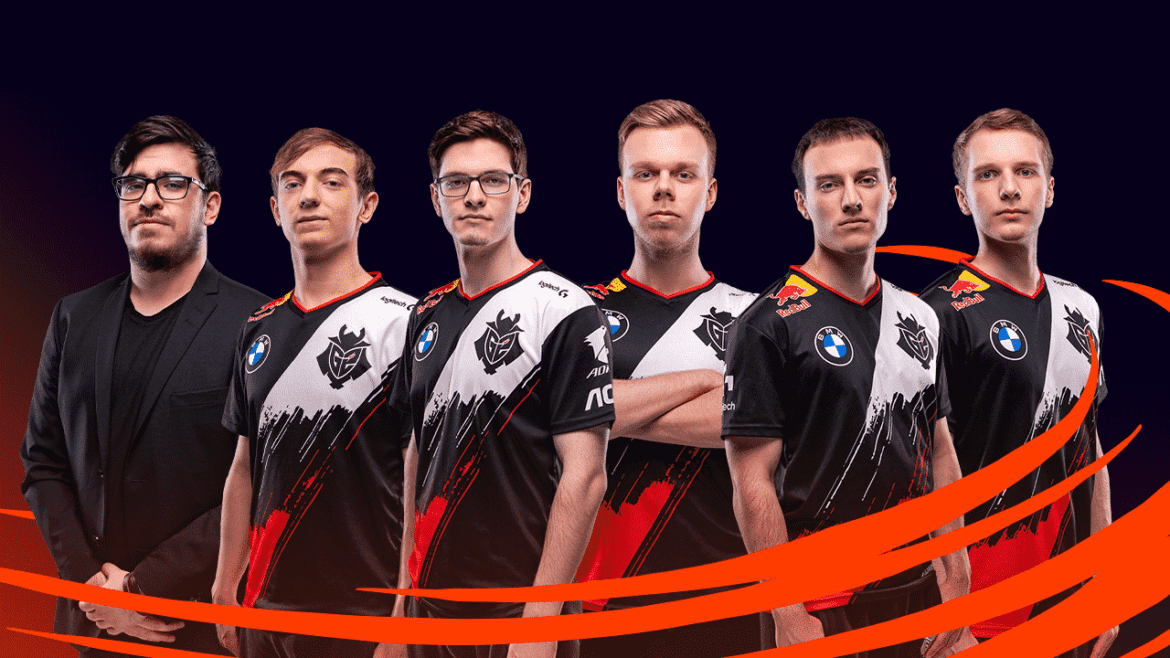 Home » G2 Team Spotlight: Can They Win A World Championship?

G2 Team Spotlight: Can They Win A World Championship?

G2 Esports are the European Giants in League of Legends! Fans and experts regard them as the best team that the region has ever produced, and the proof is in the many EU LCS / LEC crowns. But G2’s LoL team hasn’t only been successful in Europe. Internationally, the organization has proved itself a contender for the throne, both at the League of Legends World Championship and tournaments like MSI.

2019 was a big year for G2 Esports. The team began with a dominating victory in the LEC Spring Split and went off to conquer the famous MSI tournament in Taipei, Taiwan. There they showed an outstanding performance and took the title of MSI Champions after defeating Team Liquid 3-0 in the Finals.

But later that year, G2 showed up at the 2019 League of Legends World Championship even more prepared. They crushed team after team on their way to the Finals. Unfortunately, that year’s World Champions, FunPlus Phoenix, beat G2 and took the title away from them.

Ever since the organization was created by Carlos Rodríguez Santiago, or better known by “ocelote”, the team has been nothing but successful. Carlos was a professional LoL player himself, who played for SK Gaming back in the day. He certainly knows how to provide the best atmosphere for improvement and triumph. And that has also been shown at Worlds 2022!

Topics in the article: Click below to jump directly to it.

Martin “Wunder” Hansen is the joker of the G2 team. But, despite his troll character, Wunder has earned the reputation of one of the most feared top laners world-wide. That is widely due to his incredible versatility when it comes to his champion pool. Wunder can and has played literally everything in the top lane: Soraka, Janna, Teemo… And because of him, G2 can flex their picks and surprise their opponents with counter picks.

Wunder started his professional League of Legends career around 2014. In the next few years, he switched between many EU teams. His first “big” team, however, was Splyce. There he began making a name for himself with his fantastic gameplay. In 2017, Wunder got recruited into the G2 army and started making history.

Wunder is brilliant at his role! At Worlds 2022 he showed his top lane prowess on a champion that isn’t even considered a top lane champion. He played Sylas versus Team Liquid and absolutely destroyed them! Wunder’s playstyle is all-around and always ready to carry the team to victory!

Marcin “Jankos” Jankowski is also a very well known LoL player both in Europe, and internationally. His first breakthrough was on Team ROCCAT during season 4. His skills got him a spot as a primary jungler for H2K Gaming, where he proved to be outstanding in his role. And after joining G2, Jankos became one of the best junglers in the world.

Jankos’s talents lie in his unrelenting nature. Even if he is losing the game big time, he never gives up and always pushes his limits further. In addition to that, his playstyle is very aggressive, which has shown to be perfect for the rest of the G2 roster. Jankos always provides his teammates with early advantages and enables his squad to crush the opponents later on. His title in Europe is “First Blood King”.

And it’s no surprise that Jankos’s best performing champions are all early game junglers. But, at Worlds 2022, Jankos also played champions like Sett, Volibear and Lilia and found massive success on them. His presence in the jungle is deadly for any enemy who isn’t looking for a fight. And many of G2’s victories are thanks to him.

In the mid lane kingdom, G2 have their Rasmus “Caps” Winther. Caps is perhaps the best performing player in Europe, and have won multiple splits in the EU LCS and LEC with different teams. He started playing LoL professionally in 2015, for a small organization, called Enigma Esports. But his talent was soon discovered by Fnatic, where he rose to popularity before switching to G2 in 2018.

Caps is truly scary in the mid lane. Fans around the globe have named him “Baby Faker” after the legendary Korean mid laner Faker. Many have praised him for his playstyle, because even in losing matchups, Caps always manages to sneak some advantages. He is never afraid to initiate 1v1 duel or to step up when his team needs him the most.

In the west, there is no one better than Caps at this role! He looks most dominating on control mages, but he is also known to pop off on champions like Yasuo and Irelia. With LEC and MSI titles under his belt, Caps’s next stop is a World Champion. Take a look at his gameplay and decide whether he can do it:

Luka “Perkz” Perković is one of the most versatile players on the planet. Not many professional players can successfully change their in-game roles multiple times, and continue to dominate! When Caps joined G2 Esports, Perkz swapped his position from mid to bot. Then they both swapped with each other a couple of times, yet still stayed the best in Europe! And despite the two roles being two completely different experiences, Perkz played them better than most of his opponents.

Unpredictability is Perkz’s biggest strength. Because of his mid history, he is able to play all the mid lane champions on bot. Thus he has reinvented the role, which has been one of the key factors for G2’s success. Patch notes are never a problem for Perkz!

It’s hard to pinpoint which champions Perkz plays the best. His jack of all trades style gives him the freedom to beat everyone with everything! However, Perkz has many notable performances on Ryze, Yasuo and Xayah.

Mihael “Mikyx” Mehle, is the God of bot lane! Ever since he started playing professionally back in 2014, Mikyx’s performances have been up through the roof. He has been signed for many European teams, like Splyce, Fnatic, and Misfits Gaming, but ultimately ended up on G2 Esports.

Mikyx is an excellent mechanical player and he is known for many 2v2 outplays in the bot lane. What is amazing about him is that no matter what is the current meta, he is always on top of his game! He adapts faster than any other support and he is always one step ahead of them.

Rakan is the signature champion of Mikyx. He has initiated and won thousands of team fights on a live stage with this champion. And with Perkz on Xayah, they’ve become one of the most feared duos in League of Legends. At Worlds 2022 Mikyx has shown nothing but support excellence!

G2 Esports are truly the best European team in League of Legends. They’ve already fought for the World Champions title in one Finals, but can they do it again? With such talent on their side, we believe that they can win Worlds with their own strategy. Their macro game is amazing and their individual skill is on the same level with the Korean and Chinese players. But what do you think? Can G2 win the World Championship?

Play Like A Pro: Apex Legends, A Complete Review