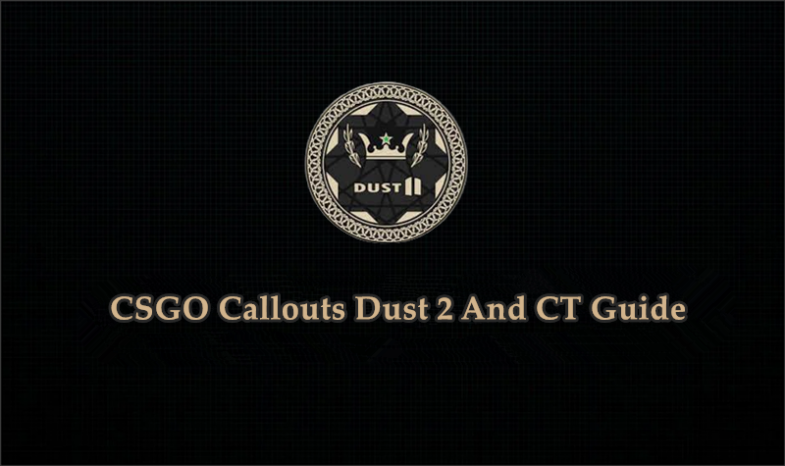 CSGO Callouts Dust 2 What is it? This article will share with you CSGO Callouts Dust 2 and how the police keep A on this map. The main purpose of the article is to help all novice and veteran players who want to score on this map master the best strategy. The first part of the article will focus on the important tactical positions and functions on the map, and the latter will specifically explain what to do when entering the game.

CSGO Callouts Dust 2 Bombsite A connects to T Spawn, Long, and Catwalk. Bombsite A is a two-tiered area with several boxes in the center of the bombsite that the player can use as cover.

Bombsite B connects to Tunnels and CT Mid. This area is connected to CT Mid by double doors and an elevated hole called a window. There are many boxes stored inside, which can be used as an important hiding place for CT to defend against attacking T. 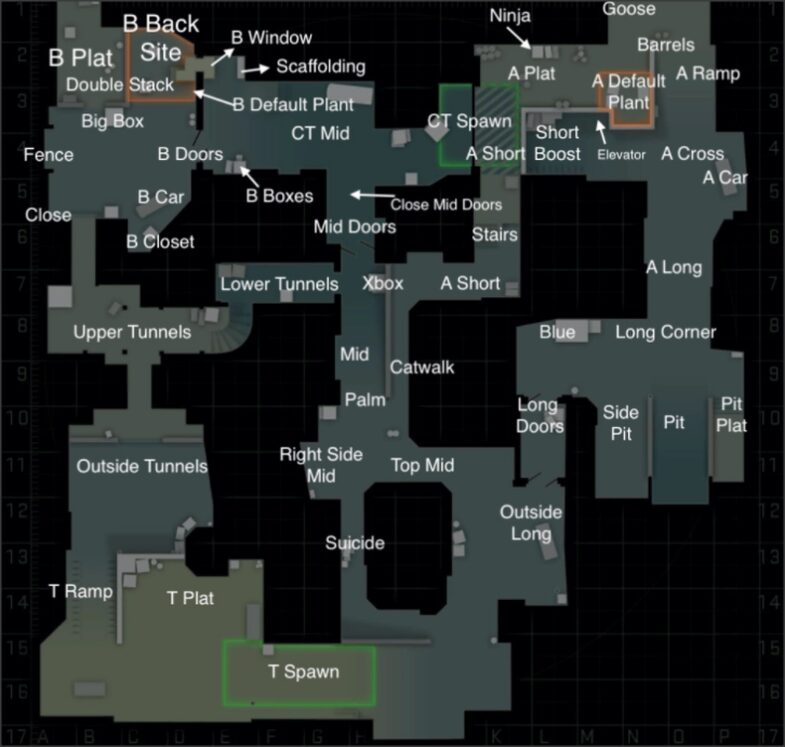 Tunnels connect to Bombsite B, T Spawn, and mid. Note that this section is enclosed to prevent grenades from entering or leaving the area. It is divided into two floors connected by a 90-degree spiral staircase called Upper B and Lower B. Lower layer B is connected to the middle, while upper layer B is connected to bombsite B. There are also several boxes placed in this area for cover, be sure to make good use of them.

When terrorists attack B through this route, the police can take advantage of the opportunity to attack, and there are many terrain advantages for counter-terrorists.

After having a preliminary understanding of CSGO Callouts Dust 2, you can learn some tactical ideas of CT. This map has low requirements for props. For most players, it can be said that the confrontation of marksmanship is very suitable for the early transition.

Players who have just played for a while are advised to avoid grabbing a big because the opponent usually asks teammates for flash bombs. Although turning back and turning sideways can resist the flash effect, the speed cannot keep up. But also to adjust the angle of view in time and emergency stop. Standing in this position is very disadvantageous, if you throw a flash from the opposite side, you will almost have to eat it. But the flash on the opposite side can hardly reach the other side.

Of course, it is not impossible. The CT camp can try the Negev gun. It doesn’t matter if you get baited, kneel down for 150 rounds, as long as you don’t give it for anything, you are a god.

There are also many people who like to throw smoke bombs at the blue car. It is recommended not to do this. The veterans on the opposite side will usually pass through the car or throw fire the first time, which will eventually lead to the loss of the initiative. Of course, some people were forced to run away by the fire, so the probability of death is very high. Therefore, blue should be chosen carefully.

It is recommended to hide in the upper right of an area that bulges to the right in the Goose area because there must be long guns on the opposite side, especially snipers.

In this place, you can look at the head of the opposite side first, and when the opposite sidewalks to the blue car, you can throw a flash to the high place behind. If at the bag spot, throw a cigarette in the corner and in the middle.

CSGO Callouts Dust 2 What is it? This article shares CSGO Callouts Dust 2 and CSGO CT Guide for all players. CT needs to fill up the gun position to grab A, that is, two CTs, if they hear the flash, they will throw anti-flash and partition smoke, and compete with the forward-pressing T for control of A, if the breakthrough player dies before the shooter reaches the position, and when the teammates report that more than one bandit rushed out, return to the slope or platform of the police house as quickly as possible.

Don’t be stubborn, otherwise, a poor teammate will be left on the platform after death, helpless. Two grenades will be needed for the breach, and two more in the initial rush to the elevated position for control of A. A breakdown of what grenades to use in CSGO Callouts Dust 2 may also be found here.

How to Build Senna in Season 11? – The Best Runes, Items, and More!

How Often Should I Clean My Gaming PC? 4 Things to Consider