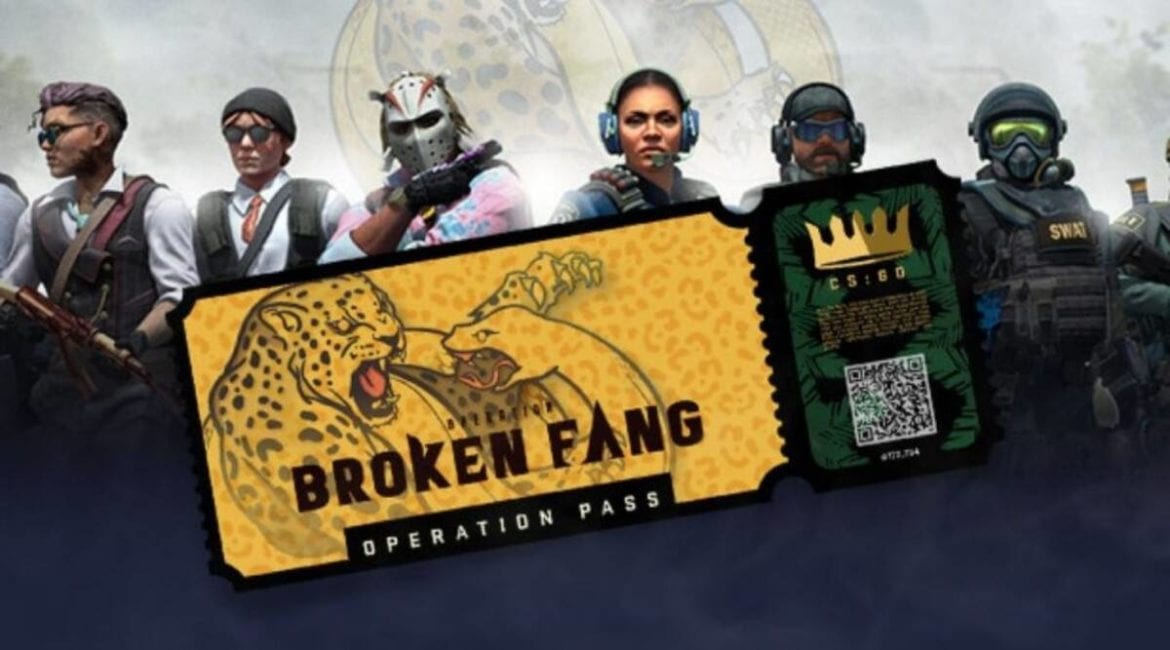 The latest CSGO update has been Broken Fang, an operation set to run until April 30th. The event features a lot of new CSGO skins, a new co-op mission with fun collectibles, and other offerings for players. One of the most exciting parts of any new update though is the new maps. CSGO Broken Fang maps include Ancient, Engage, and Apollo, along with Frostbite in Danger Zone, then Guard and Elysion in Wingman mode. The major map addition though is Ancient, which will actually join the competitive rotation. This Ancient map guide covers what you need to know about the new locale.

Since it is likely to make its way into the competitive rotation, Ancient is probably the most important addition of Broken Fang to the serious side of the game. With three more months left to run, there is still a lot of time to work on your game. This guide covers what you need to know to do just that. Where to go in this map, how to approach each site, Ancient map tips and tricks, and how to dominate in CSGO’s latest comp map.

Before we can really dig into how Ancient works or the best way to go at attacking or defending, we’ve got to figure out what each section of the map is. Callouts help to simplify language around the map as it gives fairly nondescript areas a name that makes them recognizable. You’ll need to use callouts when talking to other players, and we’ll be using these generally accepted callouts here:

You can expect some differences from game to game though, like calling chamber ‘Donut’, which is the funner name we’ll be using.

The CSGO Broken Fang Map Ancient isn’t a super complicated map, it consists of the A, the B, and the middle. So there’s nothing completely new throwing things into disarray. The mid has an advantage for the CT team, but not an insurmountable one. These are the entry points for both teams:

CTs have a lot of access out of the gate, although A is only accessible through one short entry.  Things are trickier for the Ts, but there are some ways around it. These are some CS GO Ancient map strategies for each of the sections.

Essentially, on the CSGO Broken Fang map Ancient the counter-terrorists have a much better starting position for holding the middle. The terrorist side has two main ways of breaking this: the first is to smoke the corridor on the sniper’s nest to prevent a direct flow into the mid. There are spots where this can be accomplished from a distance, giving a great entry. The second danger spot is the Pit, an alcove just past that entrance. This gives counter-terrorists a good angle to fight off attackers,

When trying to take the middle, the Ts have two main objectives. The first is to smoke out the corridor around the sniper’s nest to prevent the direct flow into mid. The second is the alcove just past this, the Pit. The Pit provides a really good angle for CTs to hold mid as T players stream in. Clearing it and smoking out the entry point is vital to take this area. The only remaining entry for them after this is the Donut. Although, the donut is going to be a bit harder for them to come through and isn’t likely to be the first line of defense.

Utilizing a lot of kit is going to be important for an early mid-take. Once you’ve taken mid, you’re going to be in a good position to hit at both B and A. Mid control is vital for success on this map, since A is far too open.

If you’re CTs, it isn’t quite as complicated. There are multiple angles that you can hold to keep the enemy players off as they come in. Pull back and let them burn through utility, just take advantage of the better positions that you have to keep control of the mid. Pull back to the donut if they hit the prior mentioned two spots, then push back in.

Ancient – The A Side

Taking the A site as the Ts puts you at risk unless you’ve already taken mid. As just detailed though, Mid should really be the priority at the beginning of a round. Taking it gives you a much safer entry point and pushes the CTs to just one tight entry [pont. The A site is relatively open and easy for CT players to rotate to if not held, taking mid allows you to enter via the donut and A short. Some players should still approach via A long, but only those using the right or top CSGO weapons for a long approach. Holding the Mid makes A considerably easier to defend or to take.

Both teams will likely hit the tunnels to A at the same time so that mainly comes down to who has the best utility or the best skill. Don’t rush in too hard, and possibly just try to hold A long players in place until mid is taken and you can switch to an aggressive play style. That should work out on the CS GO Broken Fang Ancient map.

When defending the A site, some players are going to be able to meet the opposing team in the tunnels if there is an early push from that spot. You might not need more than a Solo defending the A site itself. This player can make use of the box in A to get a better angle. You can also boost up onto the ledge above long if you have two players.

You can hold A from a few angles while dropping back, so don’t be afraid to cede a little ground if it means holding onto the Mid. Tunnels are fairly easy to smoke out with your utility, so there is a good defense for A long too.

Ancient Map Guide – B Side

The B Side is considerably more closed off than the A site, so here is where you’ll be pulling out your close-range weaponry. There are two direct pathways into the B site. There is Ramp on the T spawn, and through a few entry points on the opposite side. CTs can get quite a bit more map control with their openings. They can likely push T back before they reach it because of their CS GO Broken Fang Ancient map control.

If you’re on the CT side, you can put pressure on the double doors with smoke points. Without smokes, there are a number of angles from the doorways and the pillars in front of them to effectively cover it. A good intro from the T side is to smoke from far back, so it pops right by the double doors. You could also push the utilities off when considerably closer. If you manage to take the Mid, then you can enter from different entry points and stand a much better chance of getting the B locked down with two entries.

For planting the spike on B side, around the pillar is a good choice before dropping back to Ramp to hold the bomb. Inside of Temple even provides a wall bang position for defusing. This is a great spot to pop it into.

The overall strategy for the Ancient map often comes down to control of the mid. On the T side, you need to be able to capture the mid to open up possibilities for moving into A side, and to a lesser extent the B side. When you’re playing CTs, it is largely the same with holding the Mid being vital. The CTs do have more possibilities to retake the points if they lose the mid though, so keep this in mind.

The new CS GO Broken Fang Ancient map is a pretty fun addition to the game, but the strategy involved can get pretty deep. This Ancient map guide covers what you need to know to make a start, but you need to be playing reactively too. With enough practice, you’ll learn the map and the patterns of gameplay on this map even better. Watch for mistakes, and try to correct them in your next match. If you can get your strategy down, along with things like using the best CS GO settings, you can see real improvements in your gameplay..

WoW Alchemy Guide: How to Make Gold with Alchemy in WoW Shadowlands!