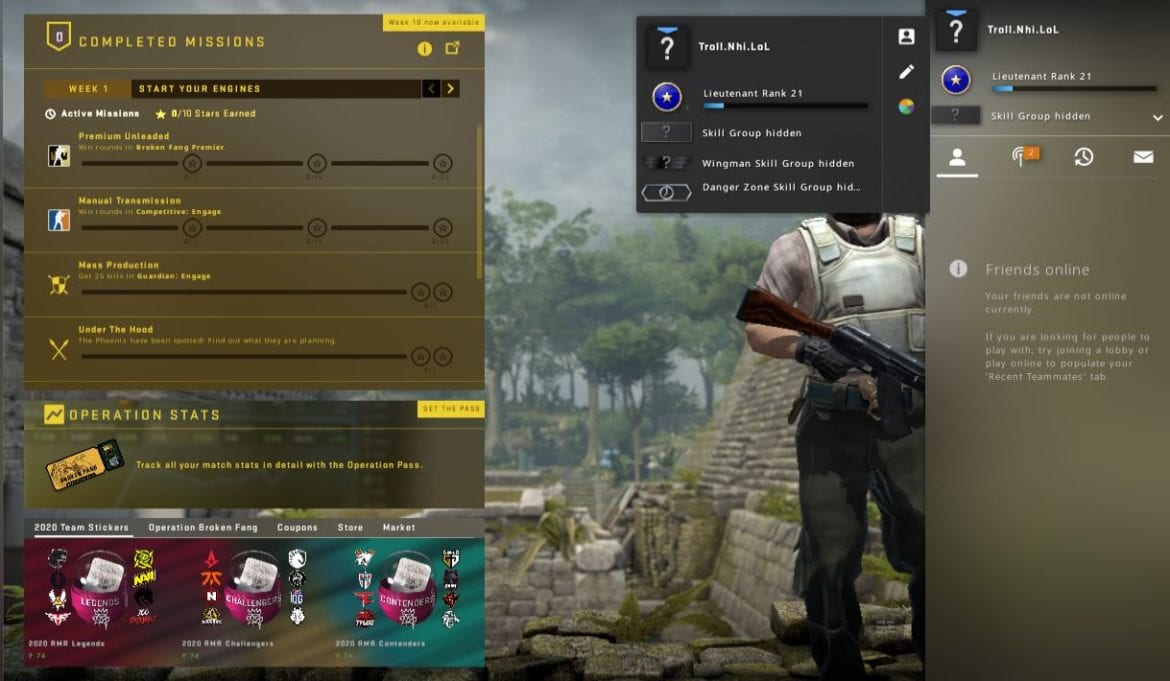 Home » CSGO Ranks: Everything You Need To Know About

CSGO Ranks: Everything You Need To Know About

CSGO ranks measure the skill set a player possesses. Here is everything you need to know about CSGO ranks and how to rank up.

Almost all shooting games have a ranking system that is put in place to gauge a player’s skill level. Every competitive eSports title or even casual online multiplayer games has systems like this. Counter-Strike Global Offensive is one of the most popular competitive shooters. Players will grind through hours of competitive matchmaking to rank up their profiles to be in the top ranks on the chart. Even aspire to play with the big leagues and eSports events representing their country.

Whether you are making your first baby steps on playing CSGO or swimming with Silver ranks. Here is everything you must know about CSGO ranking and how to effectively rank up.

How To Unlock CSGO Ranks And Competitive Matchmaking?

The level system comprises of 0 to 40, where players can level up by playing CSGO game modes curated by Valve. These are Casual, Deathmatch, Danger Zone, Wingman Mode, War Zone, and Retakes. The leveling system is mainly for receiving new in-game cosmetics and weapon skins for most of the part.

To unlocking Competitive matchmaking ranks and start your journey to the top. You need to be a level 2 to unlock competitive mode and played and won 10 games of competitive matches. But, there is a catch, for beginners, you can only play and have won 2 competitive matches in a day. This ranking system was introduced by valve to tackle Smurfing. Smurfing is an act when highly skilled players disguise in new accounts and decimate new players for laughs and gigs.

Though the daily limits, there is no certain way of stopping Smurfing in CSGO. If you are new to the game and testing out waters, it can be frustrating being killed in a hundred ways or more.

Now that you know how to unlock Competitive matchmaking and CSGO hidden rank, here is the complete list of eighteen CSGO ranks from bottom to top.

Valve has a tight seal on revealing the metrics on player rankings. A valid reason for players not taking advantage of it and not let newcomers come into the scene. Reddit leaks and individual findings show and suggest that the ranking system is measured by two famous metrics. The Elo and Glicko-2 System, which is based on measuring players’ strength in-game skills.

In CSGO Glicko-2 System metrics. Players’ ranks can be affected by the results and gameplay in Competitive mode. Metrics such as K/D ratio, match wins, MVP, team coordination, and accuracy affect this system. Though it is not confirmed, these in-game results should and will determine rank upgrades and level upgrades.

Ranks are also affected due to player inactivity. Players can drop down on the rank chart if inactive for more than a month, a stretch of in-game inconsistencies and losses.

Skill levels are as follows. The Global Elite rank is home to the best players of CSGO on the public ladder. Players who reside in this rank level have a high skill level in Competitive match economics. There are items that can help increase these levels. Things like choosing the right gear, excellent team building and communication skills can a major imact on wins. Cognitive understanding of weapon mechanics, pre-fire for cornering, awareness of the map, and no scope sniping and headshot kills also help get those wins

Tips On Effectively Ranking Up

Now that you know everything about CSGO ranks, here are some tips for newcomers that can help. For newbies, this will help rank up to the ladders effectively with consistency.

Whether you have just unlocked your hidden CSGO rank or a seasoned CSGO Competitive player. Insight into CSGO ranks does give a player an inside edge and a reminder of their grind and stripes earned. For new players, you will have to set aside few hours daily dedicated to the game to climb up the ladders. Even getting a chance to play neck to neck with pro league teams and compete against the best CSGO players the game has ever touched. We hope our insights into CSGO ranks and everything you need to know about it has helped players rank with Competitive Matchmaking.

A Complete Guide on How to Make Gold with Jewelcrafting in WoW Shadowlands!